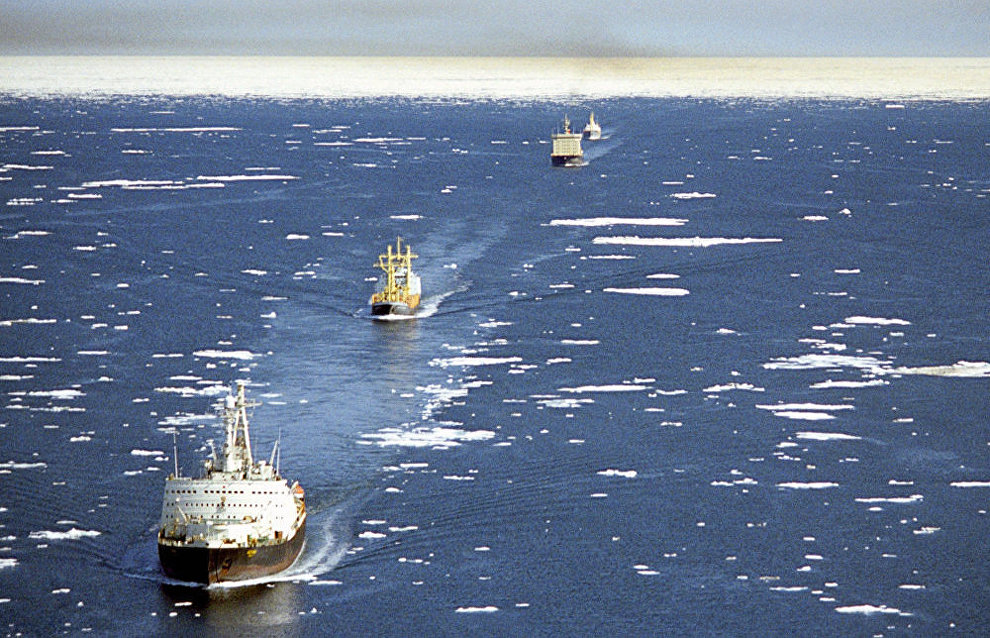 Interest in the Arctic is currently growing across the world and China is no exception. By helping to develop this remote northern region, China gains access to resources and new shipping routes as well as opportunities to develop international ties and research projects. China has no land in the Arctic and so it cannot be regarded as an Arctic state. Nevertheless, Chinese scientists refer to their country as "sub-Arctic" which is an indication of China's heightened interest in the extreme North and a reference to its observer status in the Arctic Council, which it received in 2013. If China's focus on developing the northern dimension of its foreign policy remains consistent, some believe that in the future it could represent the interests of all non-Arctic states in the Arctic Council.

One of China's priority goals is to make its rapidly growing economy greener. China is currently the largest emitter of greenhouse gases in the world, at about 6 billion metric tons per year, while major Chinese cities have to contend with thick smog caused by ubiquitous coal plants. Cleaner burning natural gas offers a better alternative, especially given Beijing's target of cleaning up the air in China's cities by 2030. As such, the roughly one third of global gas reserves stored in the Arctic is a focus of China's cooperation with Arctic states, primarily Russia.

The most wide-ranging Russian-Chinese project in the extreme North is the 3.968 km Sila Sibiri [Siberian Might] gas pipeline, the largest fuel network in the world, which will carry gas from Yakutia and the Irkutsk region to China and Russia's Far East. Joint investment in the project will exceed $70 billion. According to Gazprom's press service, in late May 2015, China officially began construction of a section of the pipeline while the welding of the first joint has been scheduled for late June.

China's interest in Arctic resources also includes oil and other mineral resources. In 2014, Vladimir Putin endorsed the idea of granting China National Petroleum Corporation (CNPC) a share in Vankorneft, a Rosneft subsidiary developing the Vankor field, one of Siberia's largest. Furthermore, Rosneft and CNPC are exploring three shelf sections in the Barents and Pechora eseas.

Other Arctic states that actively collaborate with China on natural resources are Iceland and Denmark.

In 2014, China National Offshore Oil Corp., the country's largest offshore oil and gas developer, became the first Chinese company to be licensed by the Icelandic authorities to explore for oil resources in the Arctic. CNOOC's Icelandic partners in the project are Eykon Energy and Petoro Iceland AS, which hold a 15 percent and 25 percent stake, respectively.

In January 2015, after drawn-out Chinese-Danish talks, a Chinese mining company took a 100 percent stake in a copper mine in Greenland. This is the first Arctic project fully controlled by China.

Apart from hydrocarbons, China is interested in new shipping routes in the Arctic. The Strait of Malacca is still the main route for Chinese shipping. However, as trade volumes grow, its operating capacity will decline, leading to delays and congestion of cargo. Furthermore, the deteriorating situation in the Middle East and North Africa endangers ships carrying fuel to China from Arab countries via the Suez Canal.

Guided by security and economy considerations, China is seeking to diversify its shipping routes. The Arctic route will allow it to achieve several goals at once: accelerate and secure shipments, cut shipping costs, and reduce the risks associated with the US Navy closing the Strait in a conflict. Therefore, the Northern Sea Route is of special interest to China. Analysts say by 2020 as much as 15 percent of the country's international trade could go through the Arctic. This route significantly reduces the distance between European cities and Shanghai. According to Norwegian experts, using the Arctic route from Kirkenes to Shanghai via Murmansk will reduce shipping times by 16 days, while the distance from Shanghai to Hamburg will be almost one-third shorter than via the Suez Canal. Faster shipping times also mean lower fuel and financial costs: In 2010, the Hong Kong vessel MV Nordic Barents transported iron ore from Kirkenes to Shanghai using the Northern Sea Route and saved $180,000.

Traffic along this route is intensive. In 2013, 71 vessels traveled the route carrying around 1.4 million metric tons of cargo; in 2012, 46 vessels shipped 1.2 million metric tons, which is 53 percent more than in 2011. In 2014, traffic fell to 31 vessels due both to changes in ice conditions and heightened political tensions. Nevertheless, even this level is significantly higher than in 2010, when only four vessels used the route.

The development of shipping routes dimension is one aspect of China's Arctic policy, but it's difficult to say how much of a priority it will be in the future, as China is currently focused on its global Silk Road project, a network of land and sea routes. Furthermore, China's progress on the Northern Sea Route could be impeded by such factors as the uncertainty surrounding global warming forecasts and the unpredictability of ice conditions in the Arctic Ocean.