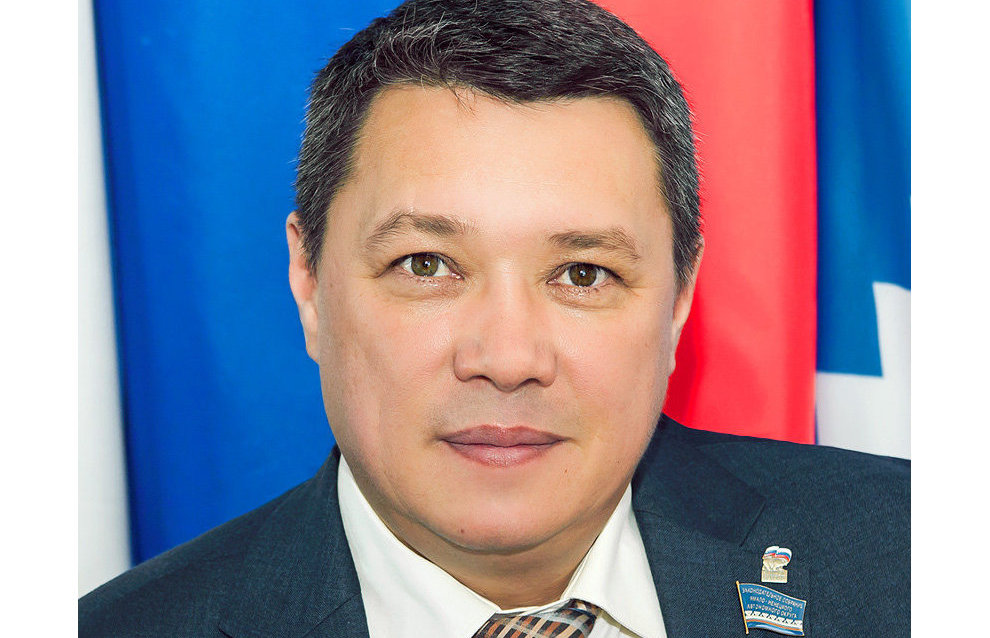 Sergey Yamkin: It is imperative to systematize the legislation governing the indigenous minorities of the north, Siberia and the Far East

Mr. Yamkin, what challenges are the indigenous people of the Arctic now facing?

Our region is one of the few places in the world where traditional ways of life and the economic activities of indigenous people have been preserved. Yamal's positive experience has on many occasions been praised at various levels. However, even as one of Russia's most prosperous Arctic regions, we are unable to fully resolve all the problems faced by the indigenous minorities. These problems are common to all northern regions, and they are primarily due to inadequate legislation.

Take, for example, entitlements. Since ethnicity is no longer indicated in civil passports, people have to prove their ethnicity in court. We have proposed transferring the authority to issue special documents confirming the status of indigenous minorities to the regional authorities.

Siting land parcels for industrial development is another problem. Large-scale infrastructure and transportation projects that are currently being implemented and are needed by the region and the state in general have been mentioned more than once at various venues. Most importantly, industrial development must be balanced with the preservation of the traditions and customs of the indigenous minorities of the north.

There are also problems with establishing quotas for fishing and hunting in inland waters and a total ban on fishing during certain periods and a number of other issues.

How does the Legislative Assembly help resolve them? In what way can the authorities help them in general?

This area of social relations requires special approaches to organizing production and management practices. Government policies in the North must ensure the conflict-free coexistence of diametrically opposite and totally incompatible entities, specifically, industrial development and the indigenous people. In Yamal, we learned these principles a long time ago, so the government policy in YaNAO is based on the coordinated approach of the parties involved in developing the territory, and focusing on the rules and regulations that underlie relations between the authorities, the indigenous ethnic communities and the economic entities.

We have adopted about 40 laws in our district, which are directly related to the rights of the indigenous minorities and the ethnic communities, of which eight are eponymous. These include laws on reindeer breeding, the areas for traditional nature use, the protection of the aboriginal habitat, trading posts, the native languages ​​of indigenous minorities, and so on.

The local and government authorities cooperate with the oil and gas companies. Most of them have signed annual or long-term contracts with local governments and indigenous minority communities, on whose lands they engage in production and economic activities. These companies pay for countervailing and environmental work, housing construction and the socioeconomic development of the areas inhabited by the indigenous minorities, and address other pressing issues.

I believe that the fact that over the past 10 years, the aboriginal population in Yamal has grown by 11 percent is indicative of the effectiveness of the regional policy regarding the indigenous northern people. Today, the Yamal-Nenets Autonomous Area is home to over 40,000 indigenous minorities, of whom 40 percent, or 16,000, lead a traditional nomadic way of life.

What problems are now being discussed by the Legislative Assembly?

We are now preparing for review a revised version of the draft law On Reindeer Breeding in the Yamal-Nenets Autonomous Area to facilitate effective and sustainable development of reindeer production as the primary traditional way of life and economic activity of the people here.

We're also drafting an innovative regional law On Guarantying the Fundamental Rights of the Indigenous Minorities in YaNAO. Given that measures aimed at preserving the traditional way of life in places of traditional residence and traditional economic activities of the indigenous minorities are now scattered across numerous industry-specific regulatory acts, we want to organize all government support measures under one law.

What does the Legislative Assembly do to preserve the cultural and historical heritage of the indigenous peoples?

In this legislation, we tried to take into account not only the socioeconomic specifics of Yamal, but its ethnic and cultural traditions as well.

The YaNAO programs support folk handicrafts and art, and help preserve the intangible cultural heritage of these peoples. We also carry out local targeted programs designed to preserve the traditional way of life, culture and language of the indigenous minorities and to support their communities.

For example, there are television and radio programs in indigenous languages, as well as printed materials that help preserve their language, promote culture, art and the traditional way of life.

Our region has nomadic schools and kindergartens. The ones at the trading posts are small; others are larger and are designated seasonal — it all depends on the lifestyle of the people. Several years ago we realized that the indigenous children who go to boarding schools lose the cultural traditions of their people. The nomadic schools provide a closer relationship between the parents and their children and allow students to be part of the traditional way of life. So we formalized these types of education in legislation, and nomadic schools and kindergartens have become an established form of education. The children not only get an overall education, but also master traditional skills and folk arts and crafts.

Do you cooperate with the federal authorities on matters related to the indigenous minorities?

Absolutely. If we see that a particular issue cannot be resolved at the regional level, we get in touch with federal agencies, try to resolve issues through our representatives in the State Duma and the Federation Council, and come up with legislative initiatives. It is a fairly long and laborious process and, unfortunately, not all our proposals are supported, but there are positive outcomes as well.

One of the most recent issues was registering nomadic people, that is, people without a permanent residence. Thanks to our initiative, the federal law was amended, and we can now register these people in all municipal or urban districts that are on the federal list of places of traditional economic activities. It's an important development for the nomadic people, since without a residence registration they were unable to take full advantage of their legal rights.

Our plans for the near future include amending the fishing regulations to allow the indigenous minorities to have unlimited access to their dwellings. This will also reduce the reporting burden on fishermen. We suggest that they submit fishing reports not quarterly, but annually. We have sent our proposals to the Ministry of Agriculture, but haven't received their support yet.

As a northern region, we are interested in creating a fully operational federal legal framework for reindeer breeding, which is the primary livelihood for thousands of northerners. However, there are no federal regulations on this issue, and the region is forced to assume many risks in this industry. This issue has remained unresolved for many years now.

However, federal legislation and regional regulations cover a wide range of issues specific to the northern territories and northern peoples. However, the snag is that not everything is executed and implemented due to a fragmented legal framework. We need to systematize the law governing the indigenous minorities of the north, Siberia and the Far East. It is likewise imperative to adopt a blanket federal law on developing the Russian Arctic.