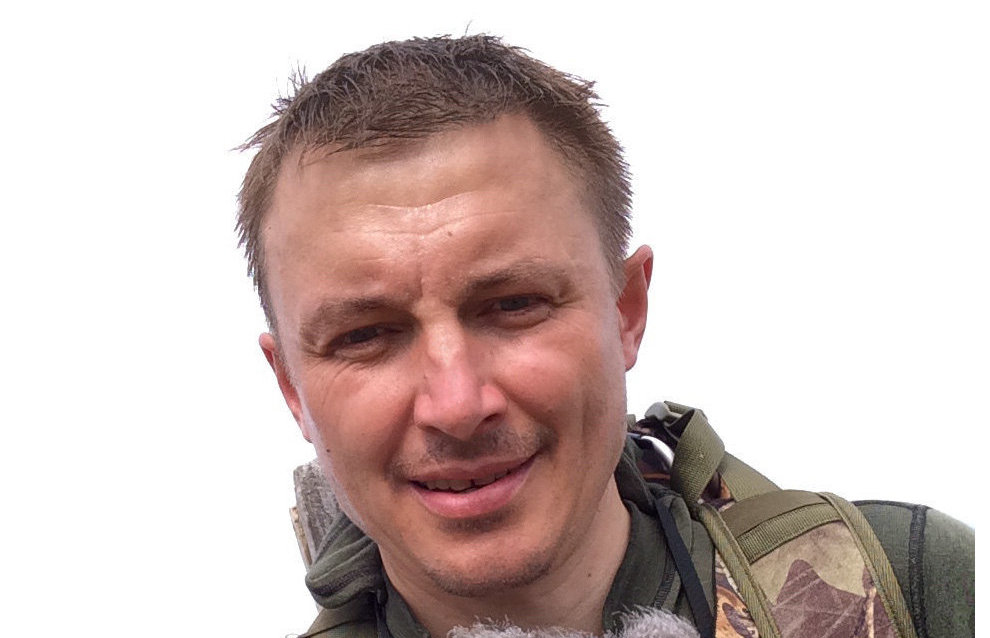 Alexander Sokolov: A better understanding of the ecosystems’ properties help us adapt more quickly to them

Scientists are studying the Arctic ecosystem through several research projects which are making it possible to predict its future development. Alexander Sokolov’s team is doing this in the Yamal-Nenets Autonomous Area. Arctic.ru has interviewed him and learned many new details about the work of this region’s researchers.

Mr. Sokolov, could you please tell us about your work at the Labytnangi station?

I'm deputy director of the Arctic Research & Development Station of the Plant and Animal Ecology Institute at the Russian Academy of Sciences' Ural Department. I'm also a research associate with the Arctic Research Center, a state-run agency in the Yamal-Nenets Autonomous Area. We're studying the state of tundra ecosystems, and we're currently working in the above-mentioned autonomous area.

What do you think about the state of the area's ecosystem? What has changed recently?

First of all, it's hard to organize fieldwork in the entire circumpolar Arctic because of the expensive and complicated logistics and due to the sparse population. So we don't know a lot about the state of Arctic ecosystems. I, for one, have many more questions than answers. I absolutely don't believe those people who claim that they know almost everything about the state of any high-latitude Arctic region's ecosystem.

But of course we do know some things. Yamal ecosystems have traditionally been well-studied, with the support of the regional government. This is confirmed by the history of our station that was established less than ten years after the end of the Great Patriotic War in 1945. Over the years, our station's experts have accumulated unique observations that can provide insight into the size of various animal populations in fresh-water and ground ecosystems, as well as specific factors influencing them.

According to our research, that's regularly published in journals, including on the Web of Science database, Yamal's ecosystems fit in between depressive Scandinavian tundra ecosystems and the so far undisrupted ecosystems in North America, in Canada. It appears that Yamal is in for some changes caused by climate change. For example, this influences the population of small rodents, the central element of the ground tundra ecosystem. All other food-chain links depend on them, including charismatic species like the Arctic fox and the snowy owl. We are recording some changes in Yamal; for example, boreal species penetrate the region from the south, and they triumph over the aborigine Arctic species.

Last year, we visited Bely Island with support from the regional government, and we located two snowy owl nests there. The last time such nests were located in the area was only in the late 1990s. This partly shows that the snowy owl population is not feeling very comfortable in our region. Moreover, this proves that we have simply failed to visit those areas where the owl nests are located.

What do you think about new animal species entering the region from the south? Will the Arctic ecosystem face a disaster?

I don't support the alarmists who claim that everything will be flooded and that everyone will perish. But these changes will, most likely, restructure the ecosystem. It will acquire new properties for which we are not ready yet. This concerns fishing and hunting issues which are of crucial importance for the survival of the indigenous Arctic ethnic groups.

The better we understand the new properties and functions of an ecosystem, the faster and less painfully will we be able to adapt to them and probably to make some managerial regulatory decisions.

You are involved in the Interact project. Could you please tell us about the project and your role in it?

This wonderful idea was inspired by Nobel Prize winner Terry Callaghan whose papers have contributed to climate change studies together with his research team. The Abisko research station in Sweden is his longtime brainchild, and several other similar research stations are scattered all over the circumpolar Arctic. All of them exchange data, coordinate it and compile a joint database for scientists.

And how did you join the project?

In one amusing episode, the government of the Yamal-Nenets Autonomous Area invited Mr. Callaghan for a meeting in Novy Urengoi. On his way back, while staying at Norway's Tromsø airport, he told his colleagues that he was delighted with his Yamal visit. They told him to contact our station in Labytnangi. It turned out that we completely met the Interact project's parameters. We have now joined this common information system, and we are involved in many of their initiatives.

We are now trying to obtain funding from the Interact-2 project that will involve Russian and North American stations. Unfortunately, our stations are lagging far behind because they don't have enough skilled experts. We are having trouble standardizing our accounting records, and technical aspects are another problem. We must grow and work in an approximately equal manner because the Arctic is one single whole.

It's interesting that, as a rule, researchers always claim that inadequate funding is the main problem, and you also mentioned the need for qualified researchers.

I don't doubt the importance of financing research projects in any way. But the idea that science projects are implemented in attics and basements became a myth and a byword a long time ago. When science projects are being glossed over, and when ideal conditions are created, then… Of course, funding is important, but I wouldn't prioritize this aspect because very much depends on the desire and drive of the researchers. True researchers are deeply selfless people.

There will never be enough funding, many countries, including Scandinavian and North American, are facing this problem. As I see it, we need to change the working conditions of early career scientists.

How can this be accomplished?

First of all, this includes the widely discussed issue of post-doctoral studies. The system of post-graduate studies should also change to some extent. There are many misgivings with assessing the efficiency of full-time research associates' performance. On the other hand, early career scientists working in conditions of more stringent requirements should be paid more, and they should also receive project funding.

We recently received new forms from the Interact administration to calculate the budget of expeditions down to the smallest detail and to specify even the slightest nuances. We in Russia behave differently. When foreigners come here, some researchers behave like Sherpas in the Himalayas, they are ready to do anything and provide guided tours anywhere. On the contrary, some researchers view foreigners only as a source of income. And I advocate partner-like relations. We don't have enough time for this, namely, filling out detailed forms, and five members of the Interact team are responsible for this alone.

Poor knowledge of English is our main problem. We need to actively discuss this issue everywhere. Anyone who doesn't know English cannot read articles and has no idea of his or her foreign colleagues' work. In the past, scientists spoke Latin and French, and we need to be fluent in English today. We need to adapt to this objective reality.

To me, it is also very important to increase public awareness of our work. Academy Full Member Stanislav Schwartz, the founder of our station, used to say that anyone unable to explain the essence of his work to a plumber was not a very good researcher. I would like to add that, in my opinion, these plumbers should also meet us halfway. They should not be watching TV, political or crime news every day, and they should sometimes switch to nature channels or read books.