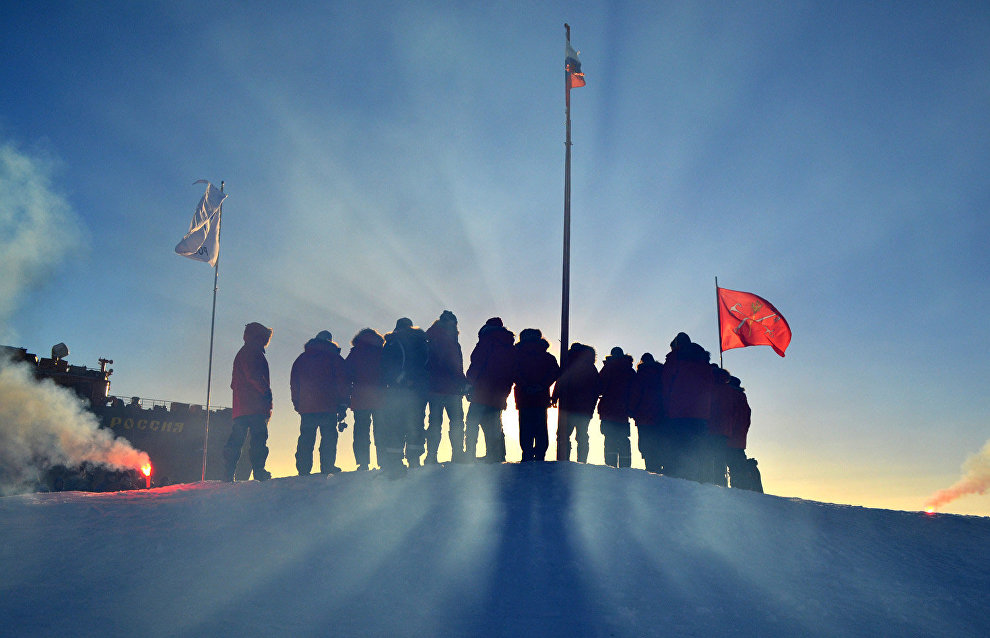 An unconventional approach to implementing the complicated Kolarctic program

International cooperation continues in the Arctic region despite the difficult political situation in the world. For example, Russia plans to invest 12.3 million euros in the Kolarctic program of cross-border cooperation before 2020. Arctic.ru interviews the program coordinator in the Murmansk Region, Yulia Korshunova, on the program’s details.

Ms. Korshunova, what does the program's name mean?

It's just a name; it doesn't mean anything. The program's full name in English is CBC ENI (European Neighbourhood Instrument) Kolarctic 2014-2020.

What are the basics of the program?

Kolarctic 2014-2020 promotes cross-border cooperation between Russia, Finland, Sweden and Norway. This is specifically the northern regions of these countries that have common land and sea borders. English is the working language.

Who is financing the program?

The program is co-funded equally by the countries involved. There are no donors or recipients, everyone makes an equal contribution and has equal rights.  The right wording is this: "The Kolarctic program is co-funded by the European Union, Finland, Norway, Russia and Sweden."

What organizations can get involved? Can representatives of the business community join?

Organizations registered in the core and adjoining program regions can take part in the program. Public and private organizations can get involved.

The program documents are in English, and this can raise questions in translating some terminology into Russian and can lead to misunderstandings among potential participants. For example, many people believe that the term "public organizations" which reads "общественные организации" in Russian only applies to non-government and non-commercial organizations (NGOs and NCOs). But the Kolarctic program also lists many regional governments, municipalities, city administrations, universities and colleges among public organizations, as well as NGOs and NCOs.

What do the terms "core" and "adjoining" program regions mean? What regions are meant?

The "core program region" concept includes organizations with a legal address in the core program-implementation region. This includes the Murmansk Region, the Arkhangelsk Region and the Nenets Autonomous Area in Russia, Norrbotten Province in Sweden, Lapland in Finland and the provinces of Tromsø, Finnmark and Nordland in Norway. These organizations may take part in projects as leading partners and/or partners. In this case, all project budget items, including personnel, business trips, equipment procurement and other expenses, can be spent on the activity of leading project partners and project partners.

Organizations registered in adjoining regions are the second concept. They can also take part in projects as partners and/or leading partners, just like partners in a core program region. At the same time, no more than 20% of the Kolarctic budget can be spent on their participation. These territories include the Republic of Karelia, the Komi Republic and St. Petersburg in Russia, North Ostro-Bothnia in Finland and Västerbotten in Sweden.

During the previous program period which just ended, there was a clause for individual participant contributions to project co-funding. Public organizations were supposed to contribute no less than 10% of an entire project budget. Not every partner contributed 10%, and the total contribution of all the partners was to have totaled no less than 10%. If a project involved a partner and/or a leading partner representing private business, then their own contribution totaled 30% of the project budget.

Currently, we're working on guidelines for those wishing to obtain new-generation grants from the Kolarctic program. The document will also list data on the amount of individual contributions to a given project. We expect to post this on our website this fall.

Who manages the program? Is it an elected position? And what is the procedure for appointing the program manager?

The Joint Monitoring Committee, the main governing body of the program that represents all member-countries, has decided to delegate program-management issues to the Regional Council of Lapland in Rovaniemi, Finland. This is roughly the equivalent to the government of the Murmansk Region.

The Kolarctic program managing body is called the Managing Authority of the ENI CBC Kolarctic Programme 2014-2020.

Can you list some project examples, including those where businesses and scientists are represented?

Businesses and researchers are involved in many projects, including:

Use of Heat Pump Promotion in the Barents Region (HePuPro),

Finding the Regional Strengths to Create Business Opportunities for Arctic Agriculture Based on Special Plants (BARENTSPEC),

Kolarctic Salmon (Trilateral Cooperation on our Common Resource: the Atlantic Salmon in the Barents Region).

Judging by your website, the Kolarctic program was drafted for 2007 to 2013. What's next?

Why hasn't the new one been launched yet?

Since 2014, the concerned parties have been working to launch it, and they are working on the policy documents, but the invitation to fund projects has not been announced. We expect Russia and the European Commission to sign a funding agreement before the year is out, and then we can launch the first application submission round.

What is the co-funding structure for the member-countries for the new program period?

It's still too early to talk about specific figures because, again, a financial agreement has not yet been signed between Russia and the European Commission. At the same time, the program's approximate current budget will be about 63.4 million euros, including:

What are the main goals?

We primarily intend to mitigate the distant nature of our common region and increase the socioeconomic significance through high-priority programs like improving the viability of the Arctic economy, nature and the environment and promoting the free mobility of people, goods and knowledge.

What programs are high-priority, and why?

We have four thematic goals, and we will be able to file requests for these goals after the financial agreement is signed between Russia and the EC. The first goal is the development of small and medium-sized businesses. The second is environmental protection, mitigating the consequences of climate change and adapting to climate change. The third is to make regions more accessible, to develop resilient transportation and communications systems that can take the extreme climate, among other things. And the fourth goal is to help improve and control the border infrastructure, maintain border security and control migration.

What's been achieved so far?

In all, 51 projects were funded during the previous program period, including 48 standard projects and three large-scale projects worth a total of 95 million euros. Other examples include:

CETIA (Coastal Environment, Technology and Innovation in the Arctic),

CYAR — Children and Youth at Risk in the Barents Region,

Support for Leaving Care in Murmansk Region and in Lapland,

As someone with an insider's knowledge of the program, what advice can you offer to future applicants? Can you suggest a formula for a successful project?

To me, the formula for a successful project combines a difficult objective and an unconventional approach to achieving it. A difficult objective might be a project to resolve a long-neglected social or business problem, a problem that should have been resolved a long time ago.

An unconventional approach could be a resolution that uses modern technology and best practices, and really, a creative approach. The world has changed a lot, and approaches that were used only ten years ago have already become less effective. It's time to move on and be creative.