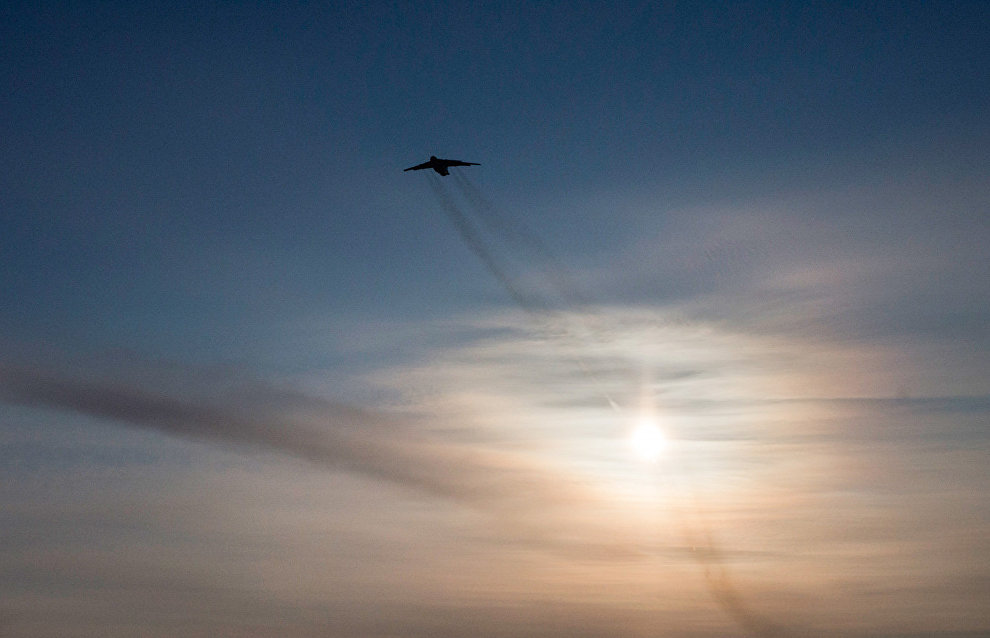 Developing new drones for the Arctic

The world is becoming more interested in the Arctic for various economic and political reasons. It is possible to accomplish various tasks in the Arctic region by upgrading available drones. Arctic.ru has published this article by Arseny Mitko, Chairman of the Council of Young Researchers of the North and a member of the Presidium of the Arctic Public Academy of Sciences.

Drones are one of the most rapidly developing aviation technologies today. According to marketing surveys, global drone market sales will reach $18 billion in 2020, an all-time high among the global aerospace industry segments.

Civilian drones are used in the production sector, for geophysical and environmental monitoring, for remote sensing projects, as well as during observation and security missions.

Drones operating in the high latitudes can be used for the following:

—  monitoring compliance with contractual obligations, including the Open Skies agreement

—  locating schools of fish,  and much more.

Various companies are using drones because they almost guarantee profitability. This nascent trend will continue to develop. Experts believe that, compared to conventional spacecraft and aircraft, drones can greatly reduce the cost of various services, including remote sensing projects, monitoring lines of communication and borders.

Drone flight in the high latitudes is fraught with various technical problems, including bad weather, the lack of ground infrastructure, the influence of external factors on radio-navigation support (especially during prolonged missions). State-of-the-art measuring equipment can be used on drones whose specifications and performance rely on the quality of onboard equipment and the quality of information-measuring signals used by drone operators. Various measuring systems and navigation systems provide data on specific drone-movement parameters, including location, orientation, speed and other parameters. 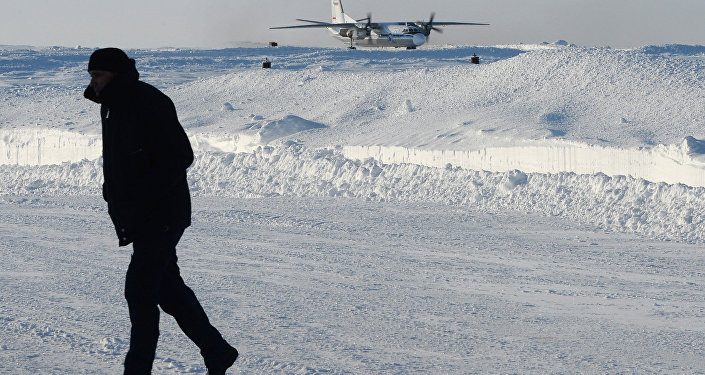 Flying conditions in high latitudes have a number of distinguishing features:

1)    The indistinct terrain has few reference points for visual or radar orientation, and the number of ground-based radio-technical navigation system facilities is minimal. There is no radar control in the high latitudes, over the oceans or in remote areas.

2)    The unstable weather is dominated by low temperatures. The region has many partly open large water bodies and those partly covered with ice. Nearby ocean currents, including the warm Gulfstream and the cold northern current, create unique meteorological weather conditions. Wind speed and direction change abruptly from calm to stormy. Cloud altitudes and their specifics change frequently. Sea fog unexpectedly engulfs the coast, with powerful winds bringing heavy snowfall.

3)    The Arctic region is known for its long polar days, dusks and nights. The best flying conditions are from early March through mid-May when the polar night ends, and when weather conditions improve. Arctic Aurora Polaris and Aurora Borealis phenomena impair astronomic orientation because it becomes hard to locate celestial bodies that are obscured by the iridescent colors.

4)    Extremely high magnetic declination levels are posted in the Arctic, changing abruptly over short distances due to the proximity of the North Pole and because of magnetic aberrations including those linked with solar activity. The readings of magnetic and gyro-magnetic compasses become unstable because of the terrestrial magnetic field's small horizontal component. Arctic areas also differ from other regions in terms of terrestrial magnetic distribution. The horizontal component of the terrestrial magnetic field decreases considerably near the magnetic pole and becomes negligible starting at 78 degrees northern latitude so magnetic compasses behave erratically, and it is almost impossible to use them.

5)    Unstable radio wave propagation, especially that of short wave radio, and jamming caused by radio-technical systems. Radio wave propagation becomes unstable during magnetic storms. This impairs radio communications and restricts the use of radio-technical systems. These systems become jammed during flights inside air masses saturated with ice particles or snow. UHV radio waves are not subject to any ionospheric or atmospheric interference, but the propagation distance is limited to line-of-sight.

Aviation is the most rapidly developing component of the Western countries' military power in the Arctic region. This makes sense because other armed services cannot operate effectively in the Arctic Ocean because of the complicated ice situation, overextended lines of communications and difficult logistics. The western section of the Russian Arctic is part of NATO's zone of responsibility. A large air wing with US, UK, Danish and Norwegian aircraft is deployed there. Canada wields 77 CF-18 fighters which are regularly redeployed to the Arctic zone. 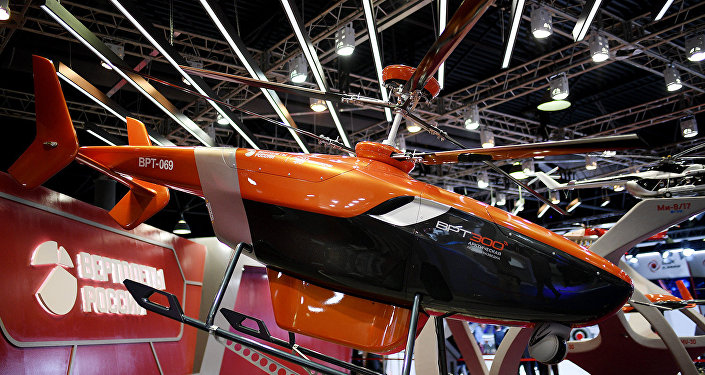 Russia's nuclear-powered strategic missile submarines patrol the Arctic. Any attack on these submarines would considerably impair  nuclear deterrence potential. To offset these threats, a powerful air defense system was established in northern Russia. This system is currently being reinstated, with due consideration for new military variables, including the rapid deployment of the US Navy's ship-borne missile defense systems that can threaten strategic Russian missiles during their most vulnerable boost phase. The current Russian strategy for the Arctic differs from the Soviet version. The USSR saw the Arctic as a region where it would be necessary to repel aerospace attacks. Most vital facilities were either located on the coast or deep inside the USSR. Today and all the more tomorrow, it is necessary to protect facilities and water bodies located inside the economic zone and even beyond its confines.   Objectively, this requires additional troop units and military infrastructure.

With due consideration for new realities and goals, the North Joint Strategic Arctic Command was established as part of the Russian Armed Forces in 2014. The new command will defend the Russian Arctic and control military units between Murmansk and Anadyr. It consists of submarine and warship units, naval aviation, coastal forces and air defense units. Russia is prioritizing its efforts to reinstate the aerospace defense system. According to the Military Balance reference book, Western forces in the Arctic region still outnumber Russian units. At the same time, the Northern Fleet has been expanding its air fleet and boosting its potential in the past few years. In 2013-2015, a newly-established naval aviation regiment received MiG-29K ship-borne fighters. Il-38 anti-submarine planes are currently being upgraded. According to Major General Igor Kozhin, who commands the Russian Navy's aviation units, all Su-33 fighters will be upgraded to hit naval and ground targets. In late 2016, the Northern Fleet's naval aviation units received two Su-30SM fighters.

The short-term situation with cargo planes in the Arctic does not seem threatening. The Russian Aerospace Force and Navy have enough cargo planes to accomplish most of their objectives. They mostly operate Il-76/76MD-90A strategic airlifters, An-12 medium-haul planes and An-72 and An-26 short-haul planes. But the service life of most Antonov planes will soon be expended. Moreover, it is becoming harder to maintain these planes that were mostly designed and built at Ukrainian aircraft plants. Urgent measures to more quickly develop the Il-112V short-haul military-transport plane and to resume production of the upgraded Il-114-300 airliner make one optimistic. Flight tests of these planes are to begin in 2018-2019, and the first deliveries are scheduled for the early 2020s. According to Russian Deputy Prime Minister Dmitry Rogozin, the Il-114 will replace the Antonov planes in the Arctic. The Il-114 is also seen as a platform for developing specialized planes.

To quote Yury Slyusar, head of United Aircraft Corporation, "We are expecting the Tu-114 to be used as a platform for various special-purpose complexes, including ice reconnaissance, patrol and monitoring missions. We are studying the possibility of manufacturing the ski-equipped patrol-rescue versions for Arctic areas." 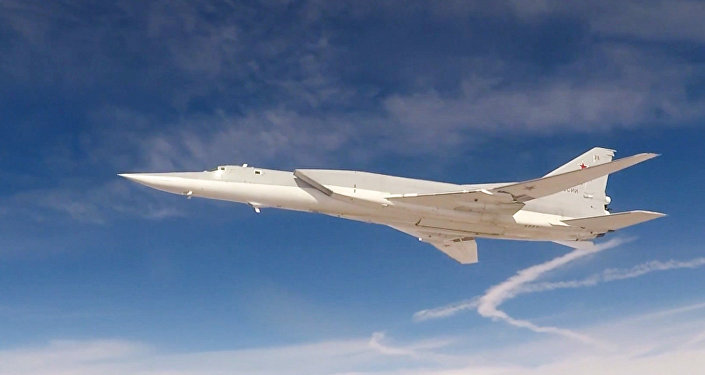 © Ministry of defence of the Russian Federation

Russia sees the development of new patrol and anti-submarine planes as a priority because operational Il-38, upgraded Il-38N and Tu-142MK planes will expend their service life in the mid-term. Next, Russia will have to modernize its Tu-22M3 long-range bombers, intended to deal with enemy naval task forces, including aircraft carriers. According to Tupolev Co. General Director Alexander Konyukhov, Tu-22M3M test flights will commence this year. In a more distant future, long-range aviation units will receive Tu-160M2 strategic bomber/missile carriers and advanced aviation complexes.

The possible adaption of heavy-duty long-range anti-ship missiles to fighters might prove interesting in the context of naval aviation development. BrahMos Aerospace, a Russian-Indian joint venture involving Russia's Engineering Research and Production Association, is working in this program in India. By using this experience in Russia, it will become possible to develop a system that will effectively deal with any naval targets, including carrier task forces. Multirole fighters would considerably expand Russian aviation's strike potential in the Arctic region.