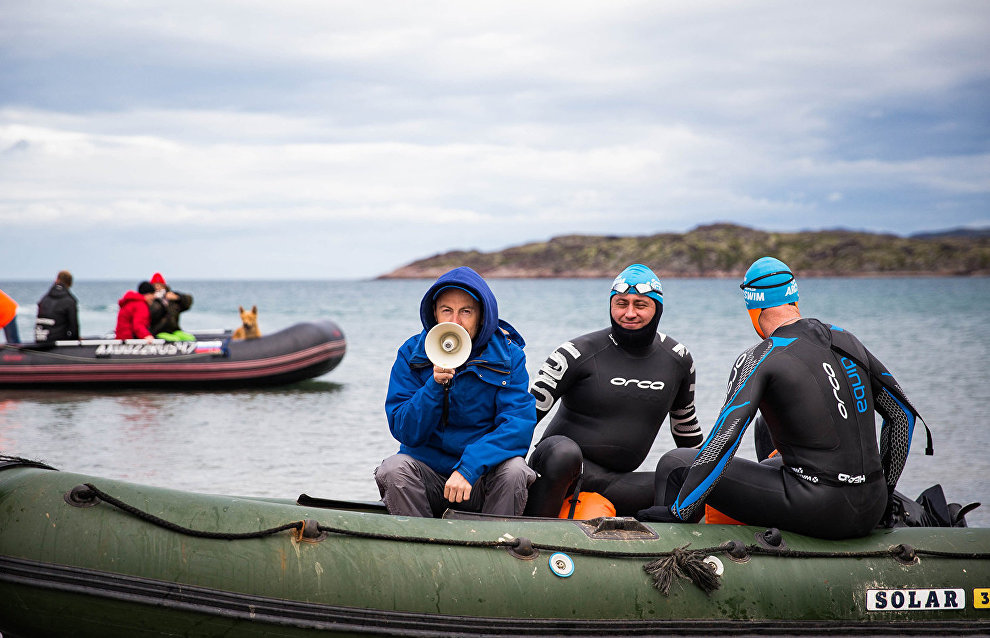 Teriberka in the Murmansk Region was the place where the 1,852-meter long Arctic swimming event (Arctic Swim) was held in which 53 "really crazy" people took to the waters and needless to say some of them did not manage to make it to the icy finishing line.

Alexander Bazanov, the event's organizer, learned about Teriberka after watching Andrei Zvyagintsev's film "Leviathan" and decided to hold this heat there. In 2016, Bazanov traveled to Teriberka with a wetsuit at hand and decided to take a dip in the Barents Sea.

"I wanted to see whether it was possible to swim here at all. I donned my wetsuit, swam around and decided to hold the heat because this place had met all my expectations," Bazanov noted. 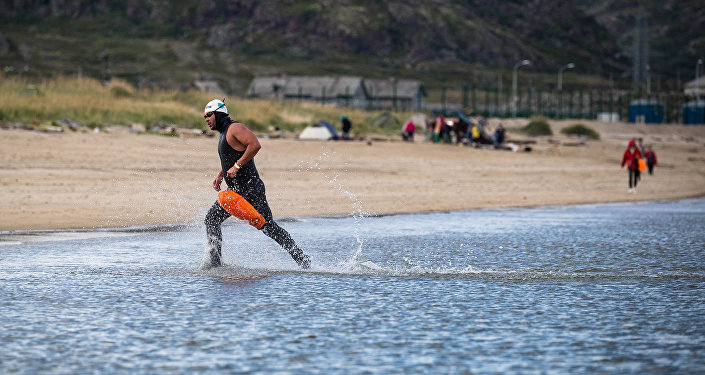 Anyone can take part in the event as long as they've completed a physical training course.

"We are simply looking for places and any stretches of water really that can become an adventure or can leave an impression on someone for the rest of their life. Avid swimmers should have a pretext for training in a swimming pool several times a week, and they should realize that they did not train in vain," Bazanov said.

The Teriberka swimming event stipulates one 1,000-meter heat and one 1,852-meter heat. Although these distances are actually quite short, the ice-cold water, powerful winds and waves spreading from the coast seriously hampered even well-trained athletes. According to Bazanov, water temperatures stood at plus ten degrees Celsius this year, as compared to plus six degrees in 2017. "When people got out of the water, we could see that they had had a hard time even reaching the finishing line. Some of them had to be hauled aboard boats because they were so exhausted," Bazanov recalled.

This year, web designer Maria Vazhina tried unsuccessfully to swim the Arctic Mile for the second time. She is training vigorously and covering this distance each week since early June.

"Last time, the water was very icy. That was my first open-water heat, and I didn't even think of making it to the finishing line. I simply wanted to spend as much time as possible in the water," Maria noted. This year, she was lambasted by a powerful head-on wind that left her powerless.

"Swimming in the pool is like running around the gym. You train inside a small cozy facility, but this is not enough. Open-water heats make you feel at one with Mother Nature and you experience the ultimate freedom," Maria said. The conditions are changing all the time, and this is posing an extra challenge to swimmers, she added.

Maria wants to go there next year and to reach the finishing line at long last. 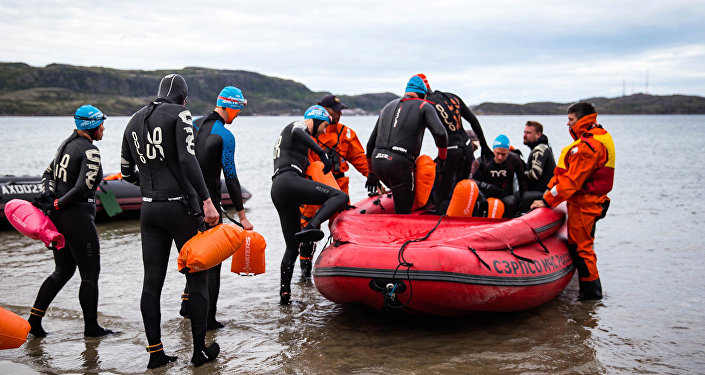 Programmer Sergei Papilin started training recently, and he has already taken part in four events this year. However, the Arctic Mile heat was the hardest of them all.

"The waves were far worse than the low temperatures. You quickly forget about the cold in such choppy waters. You can breathe only in one direction, and it was very hard to look ahead," Sergei said.

He trains three times a week for open-water events with a special group and swims 3,500-4,000 meters during each session.

The heat was organized by 12 people who will take part in nine sports events worldwide before the year is out. Each participant in the Arctic Mile heat must pay something around 10,000-15,000 rubles, also covering ticket and accommodation costs. After Zvyagintsev's film was released, Teriberka authorities started building the required tourist infrastructure, including a hostel and hotels. But the roads leading into the town are so bad that taxi drivers are afraid to take clients there.