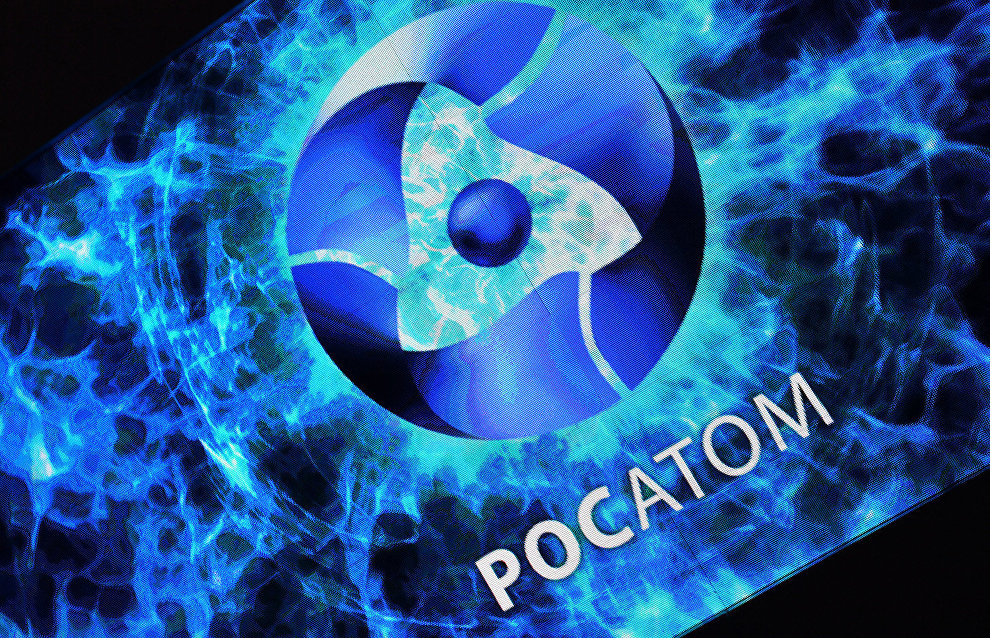 Arctic.ru editors discussed the reprocessing of nuclear waste buried in the Arctic and the Russian Far East with Anatoly Grigoryev, chief of international technical assistance projects at the Directorate for International Programs and Projects in the Area of Radioactive Waste (RAW), Spent Nuclear Fuel (SNF) and Decommissioning of Nuclear- and Radiation-Hazardous Sites (DNRHS), Rosatom State Nuclear Energy Corporation. The interview took place on the sidelines of the 9th International Forum The Arctic: Today and the Future.

You were speaking about the processing of nuclear waste at the panel meeting. Could you enlarge on the existing technologies and their history?

In 1998, the Russian Government issued a resolution identifying the Atomic Energy Ministry of Russia as the public contracting authority and coordinator in charge of the comprehensive disposal of nuclear submarines and surface ships with nuclear propulsion plants as well as remediation of radiation-hazardous sites.

At that time, there was a shortage of technologies, resources and experience with regard to handling these facilities. Problems were dealt with as they came into being. There was no systemic approach. Faced with these degrees of uncertainty, we nevertheless had to take definite technical decisions.

But it was a long time ago. Since then we have become really experienced when it comes to this job and we are able to create the proper conditions for the safe remediation of radiation-hazardous sites. We have developed technologies for treating uranium-beryllium and uranium-zirconium fuel. Today, we can send all fuel located in the North-West to be safely reprocessed at plants.

But there are numerous problems not only with the types of fuel but also with its physical condition. Submarine reactor fuel is normally in a fairly decent state and it is easy to unload. In other words, there is no damage to a fuel assembly's fuel element jacket and pick-up head. But during the long compulsory interim storage, individual fuel assemblies, for various reasons, develop defects that pose serious dilemmas as regards the preparations for their removal. These FA flaws called for additional efforts to develop a separate technology for handling this defective fuel at storage outlets and to modernize the reprocessing facilities. This also took some time.

It was only in 2014 that we, supported by international donors, overhauled the radwaste system at the Mayak Production Association. Somewhat earlier on from that point in time, we developed and manufactured new devices, tools and packing for transportation for storage facilities in the North-West and got the supervisory authorities to approve the new defective fuel handling technologies. So, this was how we solved the problem of defective fuel.

At first, the operations to send defective fuel to Mayak were tried out at the Gremikha facility. Rosatom later used the findings of the trials in the Russian Far East. Removing the defective fuel was the final stage in the set of works to relieve the Far Eastern region of the stockpiles of spent nuclear submarine fuel. The results of this endeavor were reported to the President of Russia in 2014. It is a very important achievement. The job at hand is to remove spent nuclear fuel from the North-Western region.

What northern sites are most dangerous now?

The first and biggest of these sites is Andreyev Bay, where nuclear fuel from no less than 100 submarine reactors was delivered. Moreover, this fuel had to be handled on two occasions. At first, it was accommodated in a regular storage facility but then reloaded to adapted tanks for liquid radioactive waste after the 1989 local nuclear accident. The plans were to remove this fuel for reprocessing five or eight years later.

The second site is Gremikha near Murmansk. It is Russia's only storage facility for Alpha-class submarine reactor cores with liquid heat-transfer metal. The fuel assemblies there contain uranium-beryllium fuel composition.

The third facility is Atomflot's technical site in Murmansk. It stores 50 containers with uranium-zirconium fuel from nuclear icebreakers, which were delivered from the Lotta Floating Maintenance Base.

The fourth facility is the storage on the Lepse Floating Maintenance Base, which is now at the Nerpa ship-maintenance yard, a branch of the Zvyozdochka Ship-Repairing Center.

Are these sites working? Any results yet?

For example, we started removing nuclear fuel from Andreyev Bay in 2017. Over these two and a half years, 29 percent of the total amount of SNF, or about 1 million curies out of the available 3.5 million curies, has been removed. 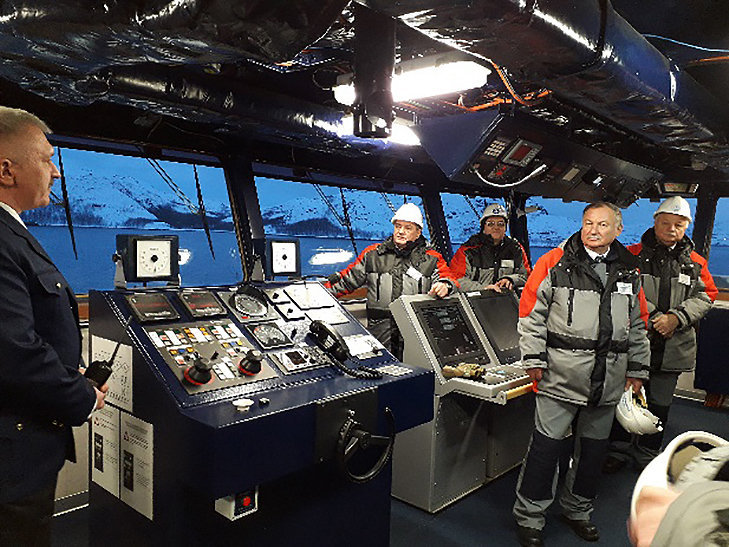 A meeting of the heads of Rosatom’s SevRAO North-Western Center and the Murmansk Region Duma with the captain of the Rossita, which was held prior to the dispatch of the ninth batch of nuclear fuel from the Andreyev Bay storage in 2019. © Rosatom State Nuclear Energy Corporation

The Lepse Floating Base is a rather tricky case. A special shelter, a special machine-tool and remotely controlled equipment have been created to reload nuclear fuel. As of now, 35 percent of nuclear fuel totaling about 220,000 curies has been reloaded. This is a lot of radioactivity that was potentially dangerous for Murmansk.

Russian specialists have developed a technology that made it possible to handle this fuel safely. In 2018, a reloading facility was opened at Nerpa, which ensures all the necessary work conditions. 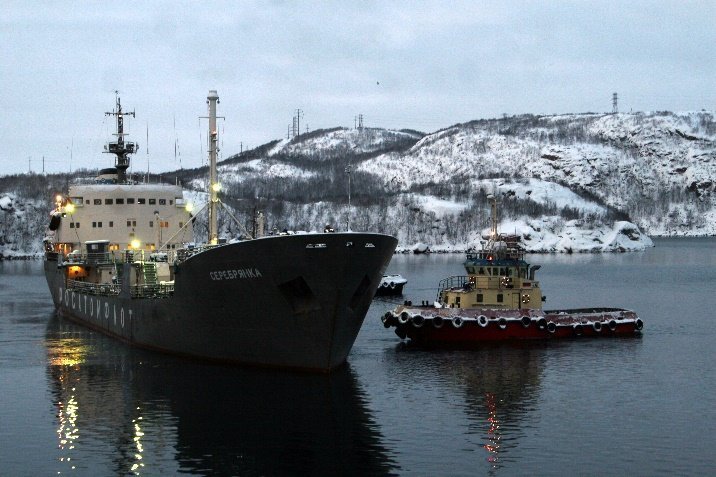 The Serebryanka Floating Maintenance Base with another batch of nuclear fuel reloaded from Lepse is leaving Nerpa, a branch of the Zvyozdochka Ship-Repairing Center in Murmansk, for Atomflot’s accumulation site for subsequent reprocessing. © Rosatom State Nuclear Energy Corporation

As of this moment, Atomflot has reloaded two batches and sent them outside Nerpa. The plans are to finalize this job in 2021 and eliminate the nuclear-hazardous site.

Oleg Kryukov, Rosatom's Director for State Policy in the Area of RAW, SNF, and DNRHS, is right to call things by their proper names: We have created an industry to securitize nuclear-hazardous sites in the Murmansk Region. Today, we can plan the pace at which the rest of the nuclear material will be reloaded and sent for reprocessing, transportation chains to be used, and the final result. This will make it possible to guarantee that the whole of the Murmansk Region will be brought into a nuclear safe condition within a certain timeframe.

In 2019, spent nuclear fuel was handled at three sites, the highest reloading and removal rate since 2004 in the North-Western region. In 2020, the amount of reloading will be increased and will reach its peak. We will soon solve the North-West's nuclear waste problem.

Participants at various meetings and conferences have been discussing how best to rehabilitate submerged and submersed assets. This problem is not easy to solve and it is costly. Given its extensive expertise, Rosatom is ready to rehabilitate any refloated nuclear-hazardous asset. But it should be taken into account that refloating and transportation of submerged and submersed assets is not within the scope of their work.

Are there any statistics on the number of submersed nuclear assets?

Of course, there are records on the number of submersed assets. Extensive data are contained in the book Nuclear Legacy on the Bottom of the Arctic Ocean published by the Nuclear Safety Institute (NSI) of the Russian Academy of Sciences. The Emergencies Ministry of Russia keeps a register of submersed assets. According to experts, the submersed nuclear-hazardous assets number 18,000.

In 2014, the European Commission commissioned a number of international organizations to conduct feasibility studies and draw up a plan of action for the safe and reliable handling of radiation-hazardous facilities submerged in the Arctic seas.

Experts estimate that a total of 17,000 submersed facilities with radioactive waste have assumed a safe status in a natural way; this means that nature has done its noble job and protected itself. Six out of the remaining 1,000 facilities have been identified as extremely hazardous, based on the assumption that they pose a certain threat. These are nuclear submarines, reactor rooms and compositions with nuclear reactors. 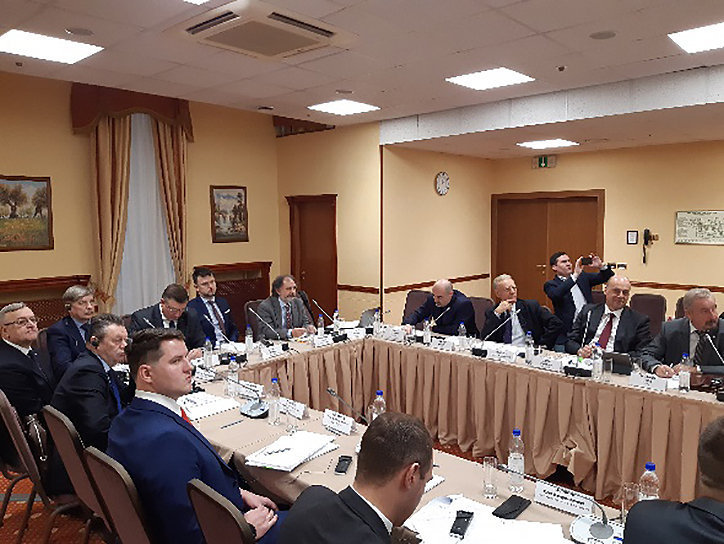 International experts and representatives of the Russian federal executive authorities discuss the effort to develop the INS/2013/MC.04/13 project concerning the submersed facilities at a final conference in Moscow. © Rosatom State Nuclear Energy Corporation

Furthermore, Italy, Germany, the UK, and Norway, jointly with the NSI of the Russian Academy of Sciences have considered options for handling these facilities, namely, whether they should be refloated or not, whether monitoring should be conducted for an endless number of years, and so on. All the options have been outlined to enable an individual decision for each of the facilities.

Russian scientists and experts have carried out extensive research and calculated the forecast of how things are likely to develop. They have also modelled consequences of emergencies and environmental impacts. Their conclusion is that these facilities represent no real danger, nor will they pose one for decades, remaining only potentially hazardous. But we must not rule out the possibility of premeditated negative actions against these facilities. Besides, there is an ethical aspect as well: It is our duty not to shift the burden of responsibility to the coming generations.

According to the final report, solving the problem of the most hazardous facilities may require 256 million euros and approximately eight years from the moment of the decision-making on the launch of the project.

Presumably, funding for this job might be contributed by international donors.