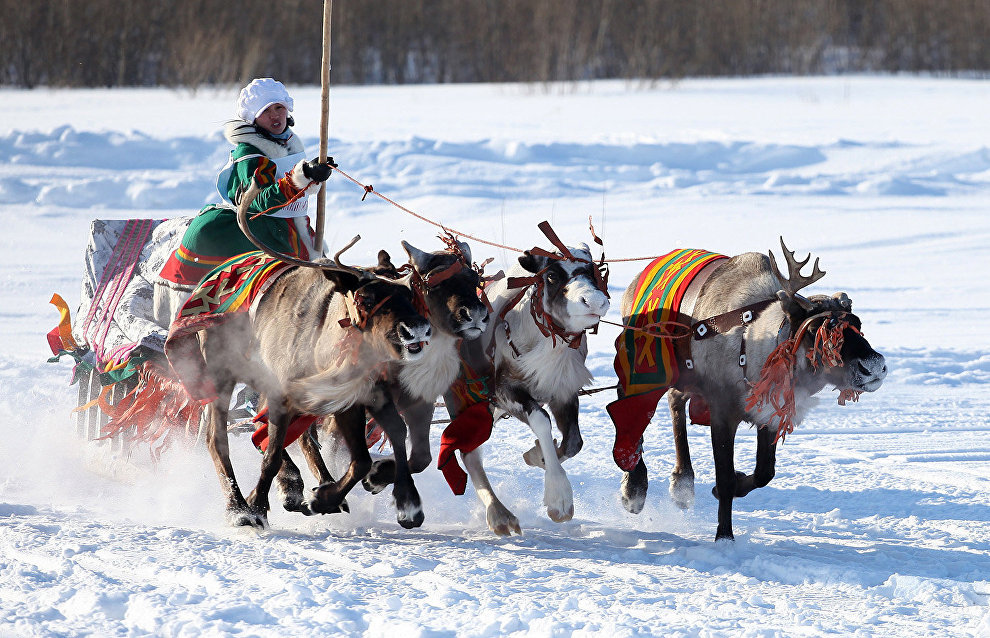 The Buran Dei race on snowmobiles will take place at the long river bay in Kachgortinskaya in Naryan-Mar on March 9. They will be followed by the Syamyankhat Mereta reindeer races on March 23, reports the Nenets Autonomous Area's website.

Racers will vie for victory in two classes — Buran and Svobodny. In the first class the participants are divided into four groups: men 18 to 55; juniors 18 to 25; women, and veterans (men over 55). In the Svobodny class both men and women over 18 can take part in the race. The route is over one kilometer long.

"The Syamyankhat Mereta reindeer race will determine the fastest reindeer herder and the fastest chum-keeper (women). Registration will open in the morning on the day of the competitions. Men will take part in the qualifying reindeer race; then the women will compete in reindeer race, which will be followed by the men's final race," the website reports.

The organizers are also preparing an entertainment program for adults and children during this holiday.