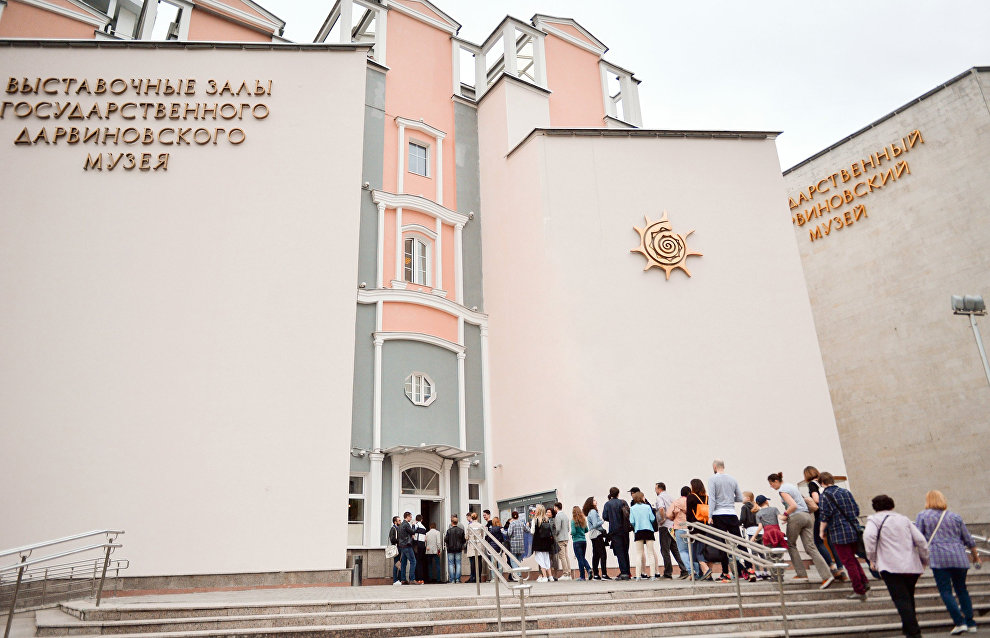 From the Russian Arctic with Love: Photo exhibitions and film premieres

On September 3 at 5 pm, a photo exhibition From the Russian Arctic with Love will open at the State Darwin Museum in Moscow and will feature works by nature photographers, including Nikolai Gernet, Mikhail Nitishinsky, Artyom Kelarev, Yulia Petrova, Andrei Kunnikov and others. All of them have taken pictures of Arctic landscapes and Russian Arctic National Park, the largest and northernmost protected area in this country. The exhibition will run until November 8.

Taking part in the opening ceremony will be Anna Klyukina, Director of the State Darwin Museum; Yevgeny Stupnikov, Director of the Information and Analytical Center for Supporting Nature Conservation (Roszapovedtsentr) at the Russian Ministry of Natural Resources and Environment; and Alexander Kirilov, Director of Russian Arctic National Park.

That same day, the museum's movie theater will host an exclusive showing of the documentary Voice of Tikhaya Bay by Anastasia Lomakina. In turn, film director Boris Amarov will present his documentary, Cape Zhelaniya: A Taste of Honey, about the national park's development. Amarov will also share his own experience of living above the 80th parallel. Those visiting the museum can watch the motion picture for free.

The exhibition will also include meetings with research associates from Russian Arctic National Park and workshops.

From September 10 through October 1, the Darwin Museum's movie theater will screen unique documentaries on Arctic expeditions of the 1930s as part of the Arctic Cinema Week project. Archive newsreels were restored and provided with narration and soundtracks by the Positive Film Studio using money from the Presidential Grants Fund. Film director and member of the Russian Union of Filmmakers Boris Dvorkin, who conceived the project, will address audiences before each showing.

The exhibition From the Russian Arctic with Love continues a festival Meet the Nature Reserves, which aims to popularize Russian protected areas, ecotourism and the volunteer movement in nature reserves and national parks.