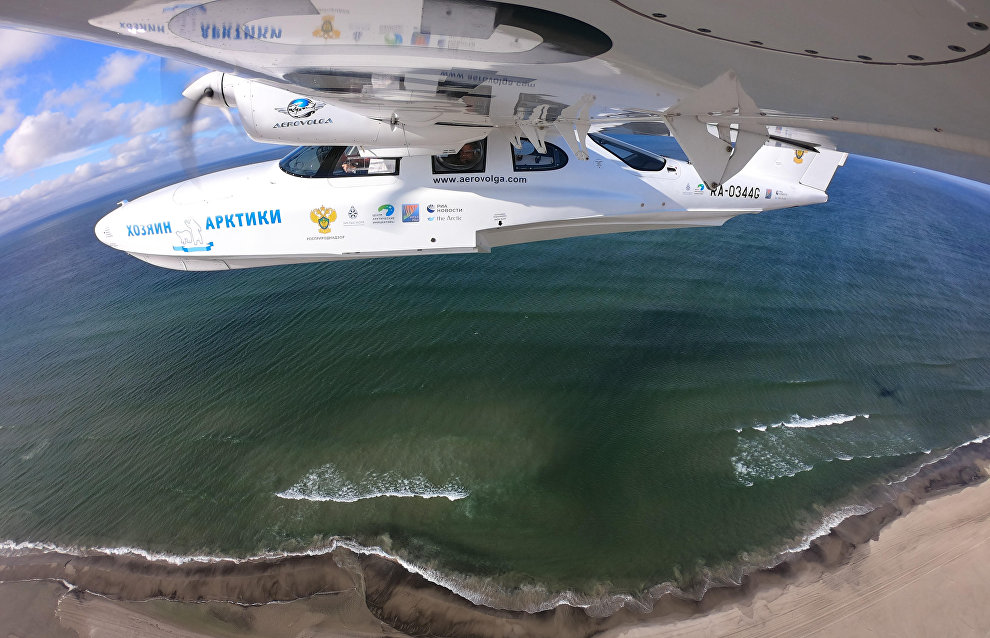 Members of the expedition of the Master of the Arctic environmental project stipulating aerial polar bear and marine mammal counts in coastal areas of the Russian Arctic are wrapping up their work on September 4, 2020.

The group flew over 10,000 km along previously charted high-seas and coastal routes, including the shoreline of the Yamal Peninsula's northern section, the eastern coast of the Gydan Peninsula, the Novaya Zemlya, Bely, Vaigach, Dolgy, Matveyev, Shokalsky and Maly Zelenets islands, the water surface of the Pechora Sea, as well as the Ob, Baidaratskaya and Khaipudyrskaya estuaries.

The team's main goal was to study the distribution and size of the Kara Sea and Barents Sea polar bear population during the ice-free season on the mainland and on the islands. They also wanted to collect data on attendant marine mammals and to assess the environmental situation throughout the entire region.

The expedition's researchers and air crews are to meet at noon on September 4 at Severka airfield in the Moscow Region's Kolomna District. There are plans for a news conference involving Svetlana Radionova, Head of the Federal Service for Supervision of Natural Resources (Rosprirodnadzor), Sergei Krikalyov, President of the International Environmental Fund Clean Seas and the Fund's General Director Vasily Bogoslovsky, Andrei Patrushev, General Director of the Arctic Initiatives Center, Test Pilot, Cosmonaut and Hero of Russia and the expedition's Chief Pilot Valery Tokarev and Nikita Platonov, Ph. D. (Technology), a senior research associate from the Russian Academy of Sciences' Severtsov Institute of Ecology and Evolution who heads the expedition's research group.

The project was conceived and is implemented by the Federal Service for Supervision of Natural Resources (Rosprirodnadzor), the Arctic Initiatives Center and the International Environmental Fund Clean Seas. RIA Novosti and the Arctic.ru special project of the Rossiya Segodnya International Information Agency acted as the expedition's general media partners.