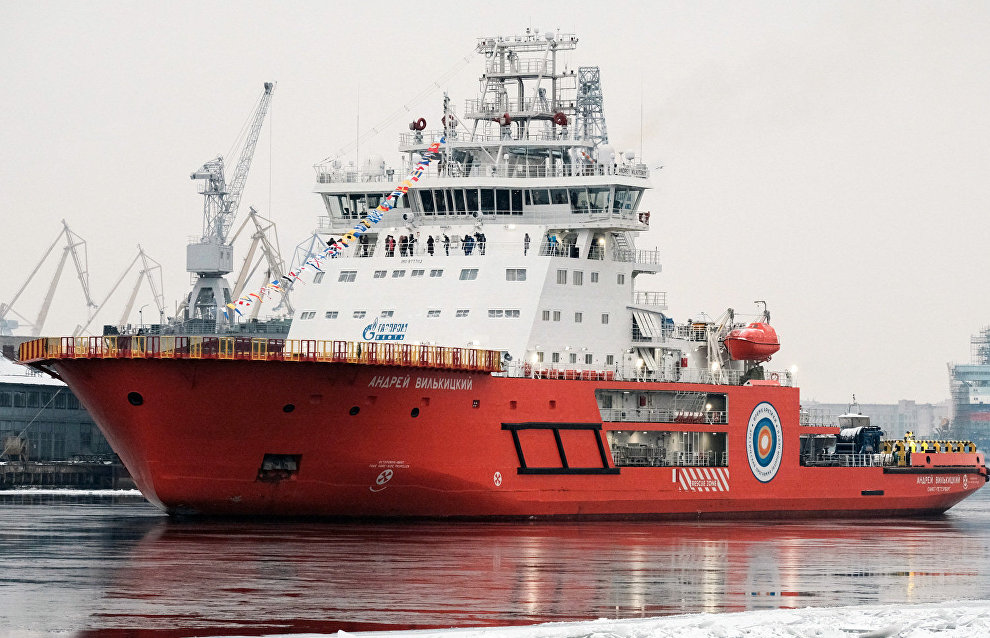 On June 21, Yamal Governor Dmitry Artyukhov will organize a lecture and a guided tour for Bolshaya Peremena (Lengthy Break) contestants aboard the unique Russian icebreaker Andrei Vilkitsky. He will give a lecture on the history of exploring and developing the Arctic under a project of the Znanie (Knowledge) Society.

“Russia’s northern territories play a strategic role in ensuring its sustainable and harmonious development. The Arctic zone accounts for 20 percent of Russia’s entire area. Not a single state can boast such experience and achievements in developing the Arctic territories’ economic sector,” the organizers noted.

The event is scheduled to take place aboard the icebreaker Andrei Vilkitsky named after the famous hydrographer and geodesist who studied the Arctic Ocean’s seas. The icebreaker was designed to facilitate crude oil shipments from the Yamal Peninsula’s Novoportovskoye field via the Arctic Gate terminal. The ship creates waterways allowing tankers to quickly and safely shuttle between the terminal and the open sea.