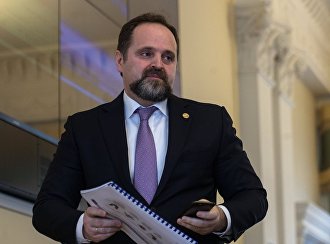 Member, Board of Directors, Rosgeologiya

1992: Graduated from the Gubkin State Academy of Oil and Gas.

Worked for the Russian Ministry of Fuel and Energy, LUKoil and Zarubezhneft.

2005 – 2008: Director of the Economics and Finance Department at the Ministry of Natural Resources and Environment.

May 21, 2012: Appointed Minister of Natural Resources and Environment under a presidential executive order.

March 14, 2015: Appointed Deputy Chairman of the State Commission for Arctic Development under a Government resolution.