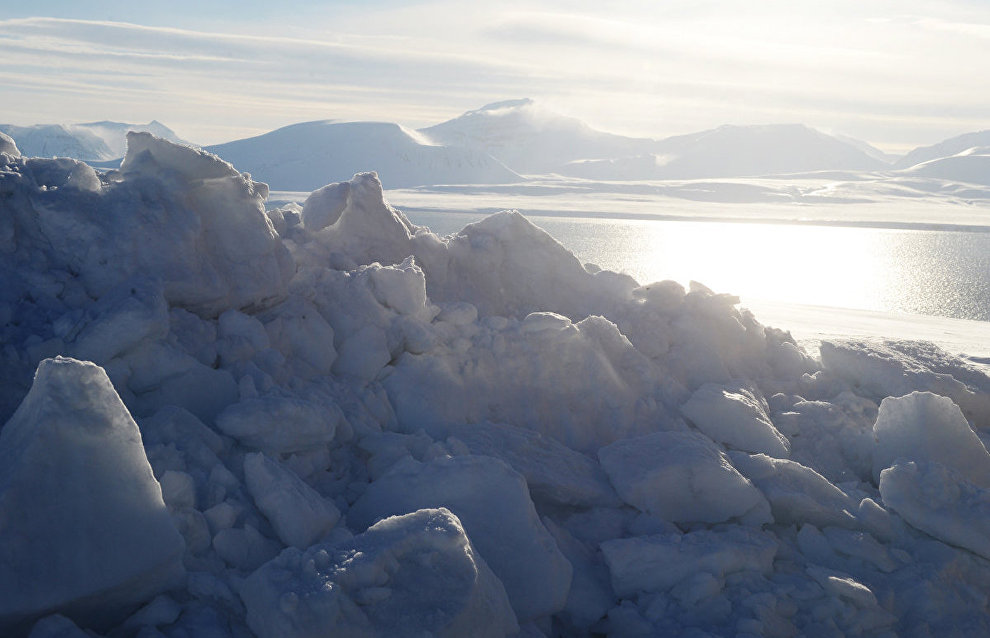 A group of scientists from leading US and European universities have found that the East Siberian Arctic Shelf may be a hitherto unknown cause of global warming, Igor Semiletov, the head of the Laboratory of the Geochemistry of Polar Regions at the Pacific Ocean Institute of Oceanography at the Far East Branch of the Russian Academy of Science, told the Rossiyskaya Gazeta newspaper.

"It is the East Siberian Shelf, where huge amounts of hydrocarbons, including methane hydrates, lie dozens of meters deep. This has been known for a long time, but no one had seriously considered its impact on the climate. The submarine permafrost was believed to be stable, holding down all the gases and methane hydrates like an impenetrable cover. But our Arctic expeditions have revealed something different," said Igor Semiletov.

According to Mr. Semiletov, this is the first time scientists have managed to capture a massive release of methane from the East Siberian Shelf. "We have already found about 700 such anomalies, some measuring up to one kilometer in diameter. The underwater Arctic permafrost appears to have holes in it. Figuratively speaking, it resembles a kind of sieve," Semiletov said.

The hydrates of the East Siberian Shelf are just a few dozens meters below surface. They break down when exposed to warm water, forming methane bubbles that escape into the atmosphere and affect the climate.

"We know that the release of Arctic methane is a cyclical process that has been going on for hundreds of thousands of years, so, if not for human intervention, obviously nothing would have changed," Igor Semiletov said.