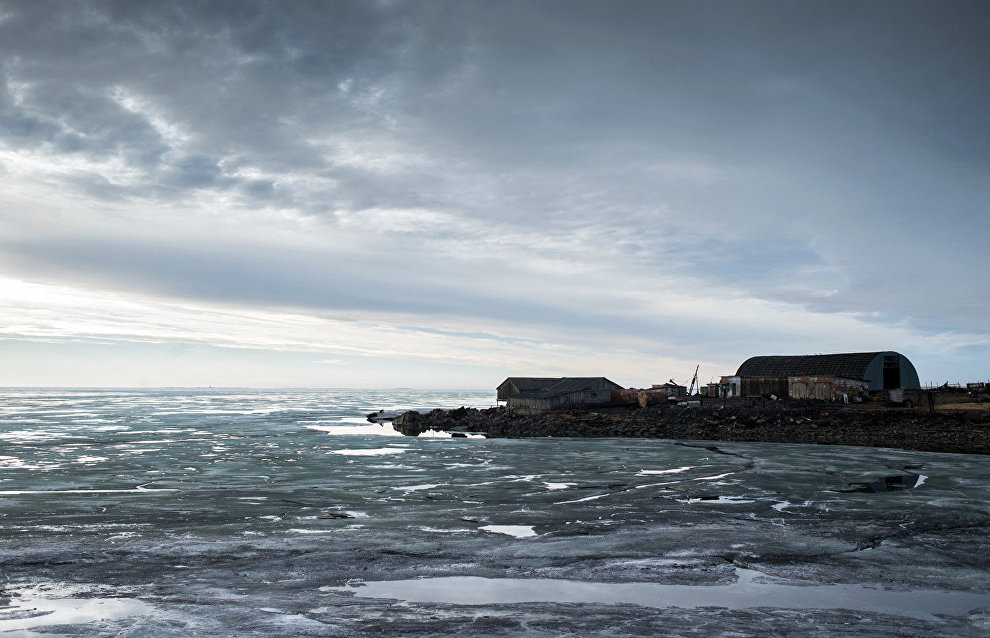 The coastline in some areas of the Russian Arctic is receding by 10-15 metres a year as a result of climate change. This was announced at a news conference by Sergei Dobrolyubov, Dean of the Geography Department of Moscow State University, Presidium Member and Deputy Chair of the Russian Geographical Society's Learned Council, and a Corresponding Member of the Russian Academy of Sciences.

"This is particularly true of the Yamal coast, where rocks are most prone to damage from wind-produced waves and thawing," Dobrolyubov said. He pointed out that climate change and melting of Arctic sea ice also affect the carrying capacity of buildings.

"In many of our cities above the Arctic Circle, 40-60 percent of buildings have wracked walls, and those buildings have to be abandoned. We either have to drive piles deeper or use different construction technology," Dobrolyubov said.

Considerable changes in the ice composition were discovered in the area of the North Pole during the work of the North Pole-2015 drifting ice station. The expedition participants confirmed scientists' ideas concerning rapid warming in the poleward areas of the Arctic Region expressed during the 2007/2008 International Polar Year.