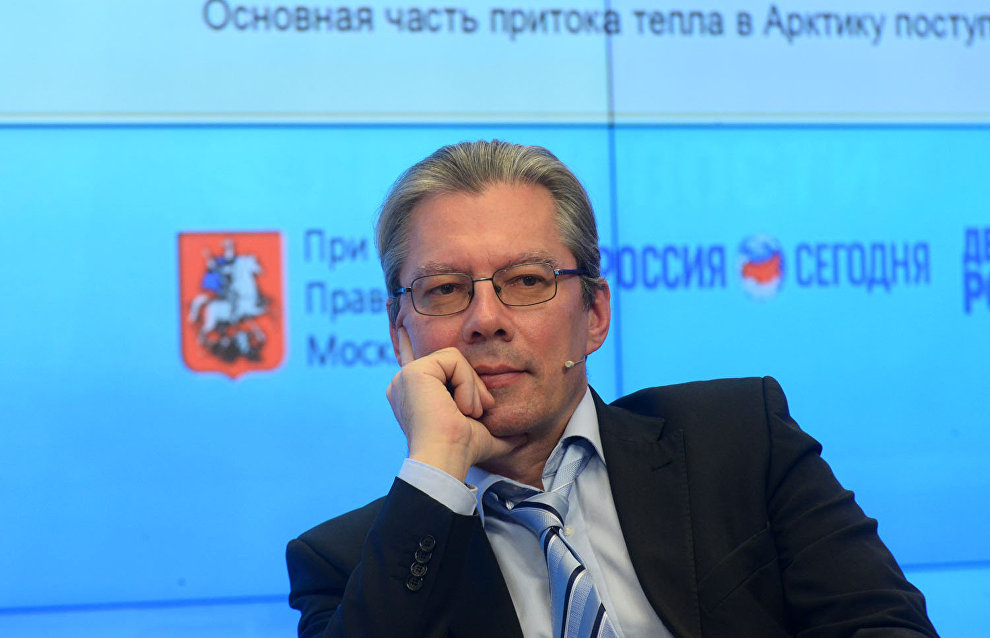 Arctic warming intensifies in October-December because of continuing ice retreat from the coasts of Siberia and Alaska, said Vladimir Katsov, director of the Main Geophysical Observatory of the Russian Federal Service for Hydrometeorology and Environmental Monitoring.

"Due to accelerating ice retreat from the Siberian and Alaskan shores at the end of the summer season, the upper layer of the sea gets increasingly warmer. As a result, the warming intensifies in October-December. Shrinking glaciers and higher summer air temperatures are closely interconnected," the scientist said.

Simultaneous pack ice melting causes a decrease in the average thickness of Arctic sea ice, he added. "The risks stemming from Arctic warming could be due to rising global sea levels as the Greenland ice sheet melts, as well as increasing fresh water flows from the Arctic, which may slow down the Gulf Stream," Mr. Katsov explained.

Earlier, Vladimir Krupchatnikov, director of the Siberian Regional Hydrometeorology Research Institute, warned that the Northern Sea Route might completely melt by the end of the 21st century as a result of global warming, which may be fraught with riskier weather jeopardizing ship navigation.