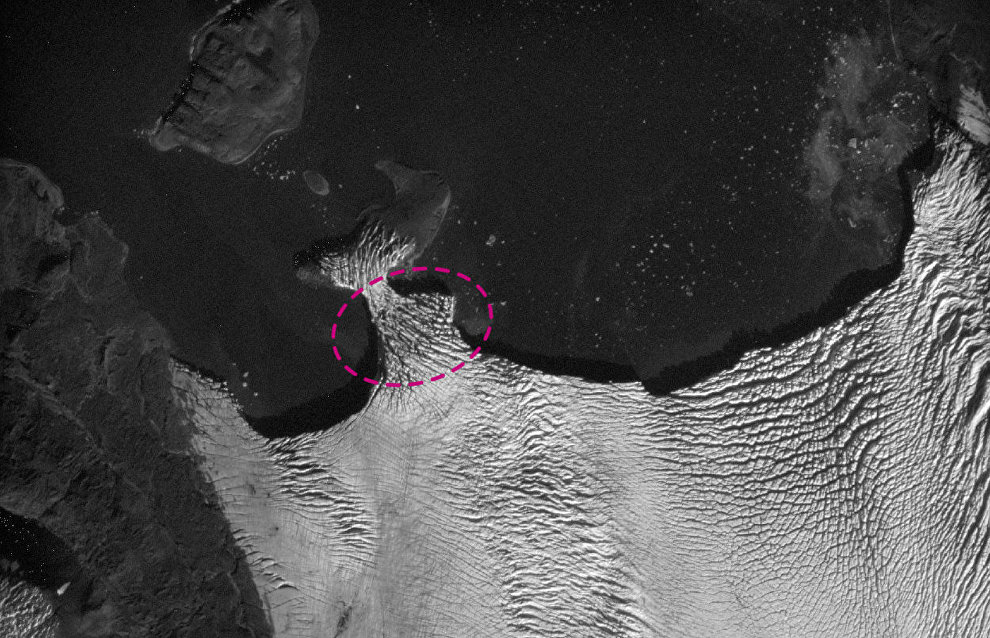 The Hydrographic Service of the Russian Navy, under the Russian Defense Ministry, has officially confirmed the discovery of a new geographical object, an island near the Novaya Zemlya Archipelago, by school students from the Moscow Region, Roscosmos reports.

Military hydrographers will continue to study islands near the Vilkitsky-South glacier under a project that was launched in 2015. This time, they will be joined by school students Artyom Makarenko and Valeria Sayenko who have discovered the new object. The expedition is scheduled to take place in the summer of 2018.

Documents on the island's discovery have also been submitted to the Russian Geographical Society. If approved, the new object is to be registered by the Federal Service for State Registration, Cadaster and Cartography (Rosreestr).

Although the new island is still unnamed, a Roscosmos composite rendering of the island bears the name School Student Island. Alexei Kucheiko, both school students' academic supervisor, said the teenagers had suggested naming the object Manatee Island because its folds and silhouette resemble the marine mammal.

School students from the Moscow Region, Artyom Makarenko and Valeria Sayenko, discovered the island near the Vilkitsky-South glacier. Their discovery was first reported January 31, 2018 during the Korolyov All-Russian Youth Readings in Samara.

They were using images from the Canopus-B, Landsat-7/8 and Sentinel-1/2 satellites to study Arctic glaciers. A monitoring survey showed that the island formed in December 2017 after the frontal Vilkiltsky-South glacier section retreated and after an ice wall connecting the island and the glacier disintegrated. The new island measures 410 by 780 meters and has an area of 0.19 square kilometers. Its central section has the following coordinates: 75°34'06.67" north latitude, 58°17'52.2" east longitude.