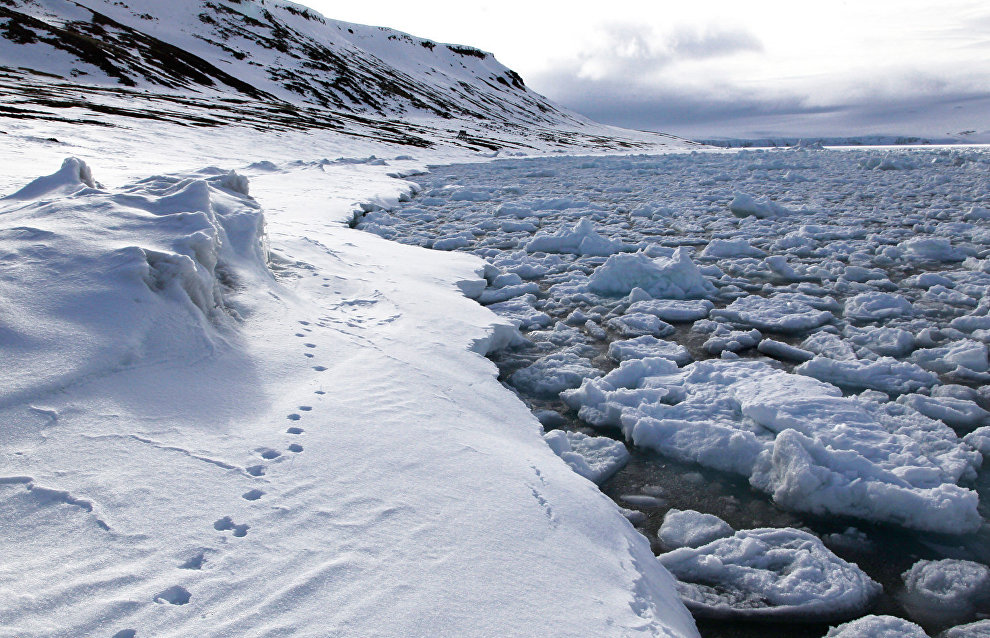 Rain and heat events have become unusually long in recent years due to sharp changes in wind patterns over America, Europe and Asia as the Arctic is getting warmer, RIA Novosti reports, citing an article in Nature Communications.

"Giant jetstreams encircle the planet — we call them planetary waves," says Hans Schnellnhuber from the Potsdam Institute for Climate Impact Research (Germany). Observations show that greenhouse gas emissions are affecting the circulation of planetary waves. When these waves stall, they sort of "freeze" the weather. As a result, rainfall turns into floods and hot days grow into heatwaves fraught with draughts and wildfires.

The consequences of global warming are the so-called weather extremes: abnormally long heat spells during the winter or cold spells in the summer, week-long showers, droughts and other weather anomalies. The 2012 flood in Krymsk and the abnormally hot summer in Russia in 2010 are glaring examples of extreme weather events.

As global warming intensifies, weather anomalies will become more frequent and cover larger territories. This will push the mortality up. According to estimates by Western climate researchers, every degree of warming in the summer will increase the number of heat-related deaths by five percent.

Many people have noticed that summer weather now changes more slowly than in the past: hot spells drag out for weeks and rain sometimes keeps pouring down for days. Wildfires, floods and other natural disasters caused by weather extremes can inflict enormous economic damage and can take hundreds of lives.

German climatologists collected and analysed data from surface weather observation stations and satellites during extreme weather events and compared it with computer-forecast climate models in the hope of finding a clue to this "stalled" weather" phenomenon.

It turns out that most weather extremes are related to warming in the Arctic where temperatures rise faster than in other parts of the globe. The temperature disparity between the Arctic Circle, the temperate latitudes and the tropics has decreased, bringing a sharp change in wind patterns in the upper atmosphere.

In the past, these so-called planetary waves or jetstreams circulated freely through the Earth's atmosphere from west to east, spreading warmth more evenly, scientists explained.