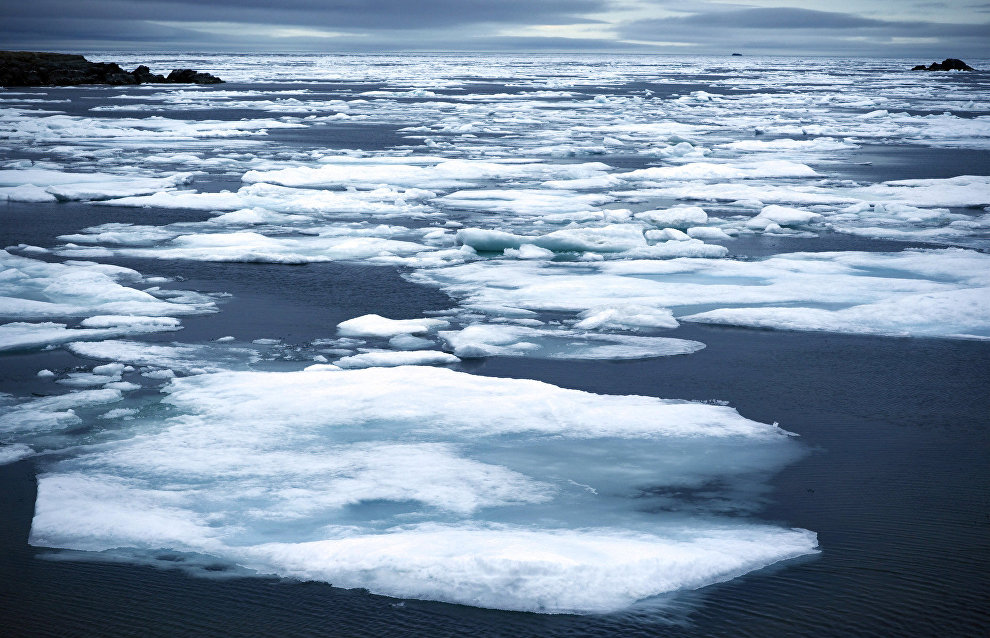 Climatologists at the Institute of Geography and the Obukhov Institute of Atmospheric Physics, both of the Russian Academy of Sciences (RAS) have developed a method to retrieve data on changes to Arctic sea ice before satellites and constant monitoring.

Continuous satellite monitoring of the Earth has only been carried out since 1978. Previously, the ice caps were monitored from the coast, or from ships and planes and from drifting buoys. Even earlier, before 1953, there were big gaps in the data on sea ice drifting patterns in the Arctic because the amplitude of fluctuation and length were relatively small. For example, during World War II, data were simply replaced with climatological indicators. However, such a dynamics of the ice caps in the first half of the 20th century do not concur with the strong climate warming trend in the Arctic in that period which could be compared with today's climate warming.

"In recent decades, global warming has been followed by a rapid decrease in Arctic ice cap volume. To gain an understanding of the possible causes of these changes, it is necessary to understand the scale of fluctuations during the period before the significant growth of the anthropogenic emissions of greenhouse gases into the atmosphere," says one of the authors of the research, Tatyana Matveyeva, Cand. Sc. (Geography).

The Researchers are using space and time connections between the air temperature near the Earth's surface in the northern hemisphere and the concentration of Arctic ice caps for reconstruction. The patterns they find are used to build a regressive model that helps restore the network materials on sea ice concentration fields in the first half of the 20th century.

It is noteworthy that the data on the temperature near the surface were previously used by some researchers to rebuild the seasonal and annual changes in the area of the ice caps in the entire Arctic or in its certain sectors. However, this new technology shows the changes more realistically and three-dimensionally.

In particular, the time and spatial reconstruction they performed showed a significant decrease in the area of the Arctic ice caps in the middle of the 20th century which took place at the same time as climate warming during this period. "According to the data we restored, this negative anomaly is much larger than in data from today's network archives of the sea ice concentration," Tatyana Matveyeva said.

According to the researchers, climatic changes that took place in the Arctic in the middle of the 20th century could be the result of natural long term climate changes, which implies the possible significant contribution of today's changes in ice cap area.

Read more on the results of the research in the article, "Changes in Arctic Sea ice in the first half of the 20th century: Time and spatial reconstruction based on temperature data" published in the magazine "RAS Izvestiya: Atmosphere and Ocean Physics."