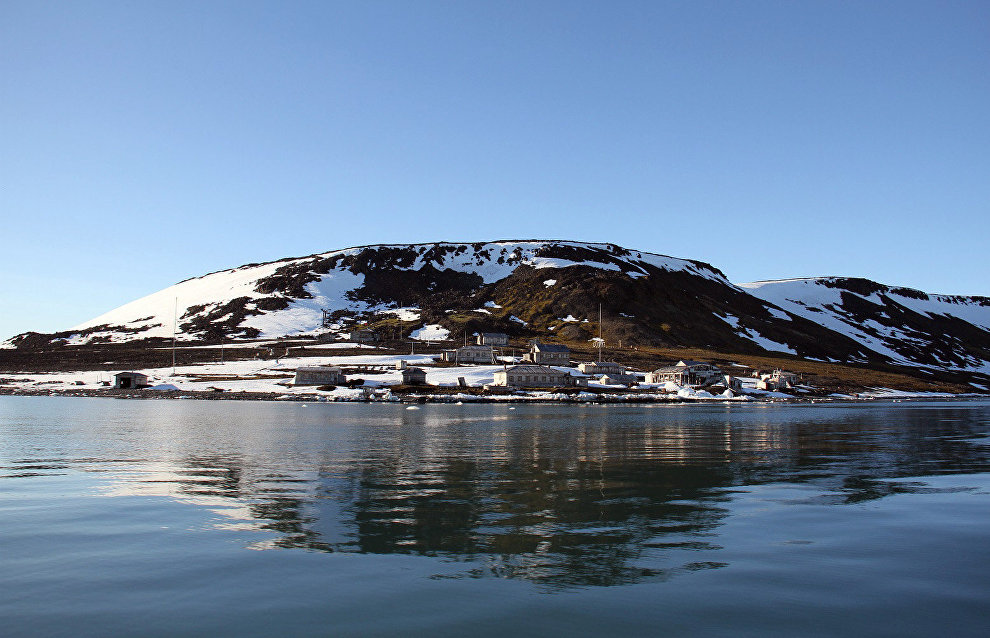 “New survey research has identified “warming poles” or zones where temperatures have been rising faster than elsewhere in the past few decades. The highest warming rates have been recorded in the northern and eastern Barents Sea region. <…> The survey suggests that regional warming rates in the northern Barents Sea are unprecedented. They exceed average Arctic warming rates by two to two and half times, and the pace of global warming by five to seven times,” the Arctic and Antarctic Research Institute (AARI) press service said on Thursday.

Norway’s Charles XII Island (Karl XII-øya), located northeast of Spitsbergen (an island in the Svalbard archipelago), is one of these maximum warming zones, with temperatures rising by an average of 2.7 degrees annually over the past decade, as well as by 4 degrees in the fall. Russia’s Heiss Island, part of the Franz Josef Land archipelago, is also included on the list where average temperatures have increased 2.2 degrees in the past ten years, and 3.8 degrees in the winter.

According to the researchers, rising regional temperatures are closely related to higher sea-surface temperatures and significant reductions in ice sheet area. Ice sheet has decreased in size by 7 to 25 percent in some areas of the Barents Sea over the past decade. From the 1980s through the early 2000s, the average annual area of ice cover was about 550,000 square kilometers. Over the past 20 years, it decreased by 40 percent to about 330,000 square kilometers.

AARI scientists conducted this survey in cooperation with the Norwegian Meteorological Institute, St. Petersburg State University and the Polar Geophysical Institute. Prior to reaching their conclusions, they analyzed data from 1981 through 2020 and studied unprecedentedly large areas. The data was obtained during ground observations and from satellite photos showing the Spitsbergen (Svalbard) region and Franz Josef Land. The scientists studied many variables including ground-level air temperatures, sea-surface salinity levels and ice-melting rates. The UK scientific journal, Nature, published the survey results in June.