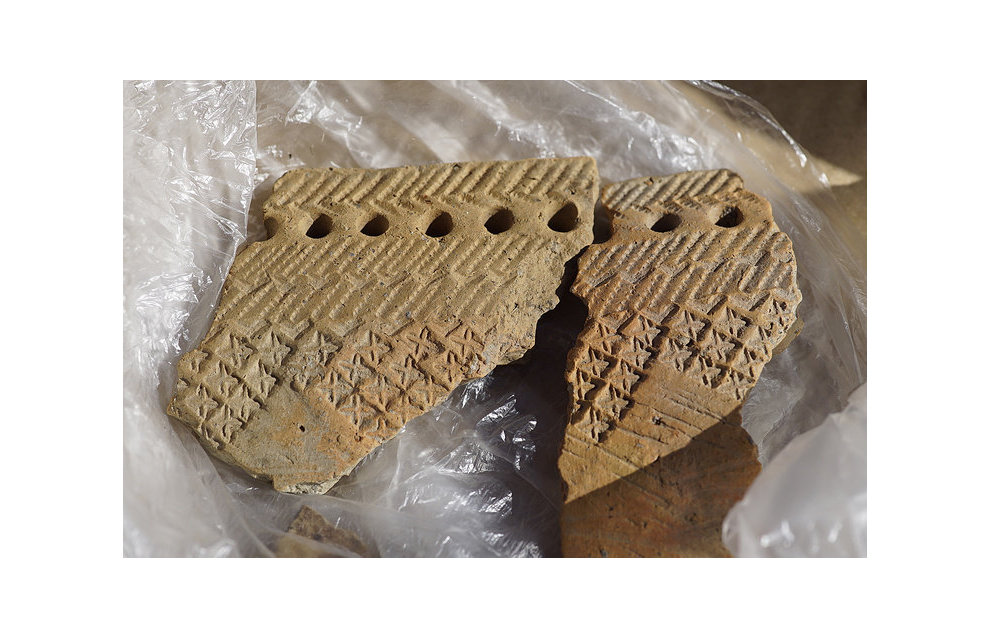 Fragments of pottery and traces of burial pits were found during digging at the Salekhard 4 archaeological landmark site located in the mouth of the Polui River a few kilometers away from the city of Salekhard, Yamal-Nenets Autonomous Area, the local authorities' official website reports.

Archaeologists digging in an area of 120 square meters have found fragments of the 2nd-7th century pottery and vessels belonging to the Karym and Zelyonaya Gorka periods of Lower Ob culture, as well as some artifacts dating back to the Bronze Age and the build-up of slag. Judging by the finds, local people were involved in smelting metal. Also, archaeologists found two earth patches at the site designating burial grounds.

"The burial grounds were hidden under wooden boards," said Olga Tupakhina, PhD in history, head of the field work and senior researcher at the archaeology section, Arctic Research Centre. "We can tentatively estimate that they may belong to the Karym period of Lower Ob culture. It's interesting that a stone is installed approximately at the center of each burial ground." Scientists have yet to determine what role the stones played in the rites of ancient hunters and fishermen.

Archaeologists Andrei Gusev and Olga Tupakhina discovered the archaeological Salekhard 4 landmark in 2009. The fragments of ceramic pots dating back to the Bronze Age and the Middle Ages and one stone piece from the Bronze Age found by the scientists led them to believe that there were settlements at this location at different times. This is the first time that the area has become the subject of considerable archaeological interest.