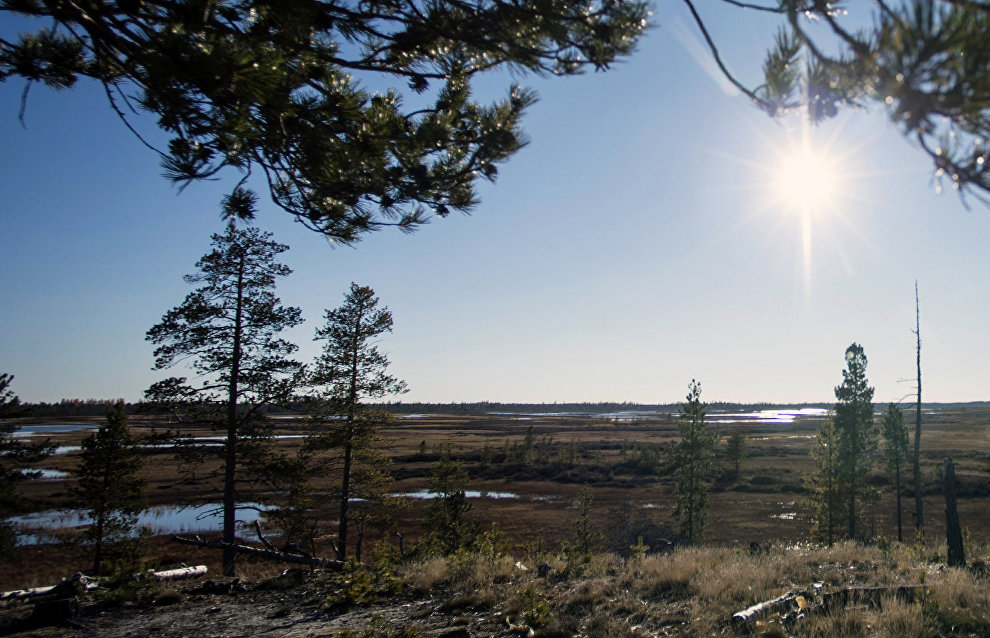 The mummified remains of an infant and an adult have been found at the Zeleny Yar medieval necropolis during comprehensive archeological exploration, the Yamal-Nenets Autonomous Area's official website reports.

"This year's field season has been highly successful. We've opened ten graves, five of which were never looted in ancient times. For a memorial like Zeleny Yar this is unusual," expedition head Alexander Gusev, a researcher from the Scientific Center for the Study of the Arctic (SCSA), said.

According to Gusev, the remains were wrapped in birch bark and thick fabric. The adult is covered with copper plates from head to toe. The infant is covered with the small fragments of a copper cauldron.

"When we saw that the adult's burial cocoon was in good condition, we couldn't risk opening it on the spot. To avoid spoiling the fabrics, we extracted it inside its soil shell," said Yevgenia Svyatova, an anthropologist from the Center for Protection and Use of Historical and Cultural Monuments.

The infant will be sent in its burial cocoon to the Institute of the Development of the North, Siberian Branch of the Russian Academy of Sciences, in Tyumen within days.

SCSA partners — researchers from Seoul National University — will take histological, parasitological, paleo-DNA and other samples for study. Both finds will be subjected to computer tomography to identify the condition of the remains and presence of ritual artifacts inside the cocoons.

The results of the field exploration will be presented at the Arctic Archeology International Scientific Conference in Salekhard scheduled for November 19 to 23, 2017.

The archeological site near the village of Zeleny Yar was found in 1997 by a Russian-American expedition under the Living Yamal Project.