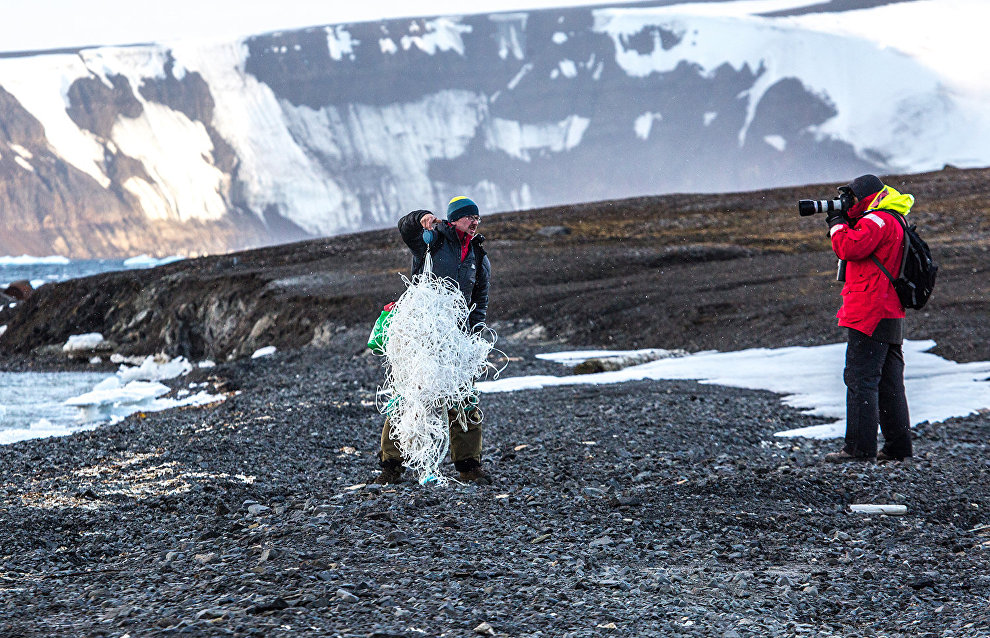 Micro-plastic pollution is now becoming a major problem, with effluents carrying micro-plastic particles into the oceans. Fish and other marine life swallow them, and this creates health risks for humans.

"Of course, we can't control waste and waste water, but we can change our daily habits," Darya Matveyenkova, the organization's spokesperson, noted.

"I called on the students to avoid disposable items, including plastic bags that can be replaced with reusable bags. Glass bottles can replace plastic ones. Never drop or leave garbage in nature or near the sea. If possible, we need to use separated waste collection for recycling," she added.

According to environmentalists, Russia's northern seas are most threatened by Norwegian industrial companies discharging waste into the Barents Sea more so than plastic bottles. They are irreparably harming the waters.