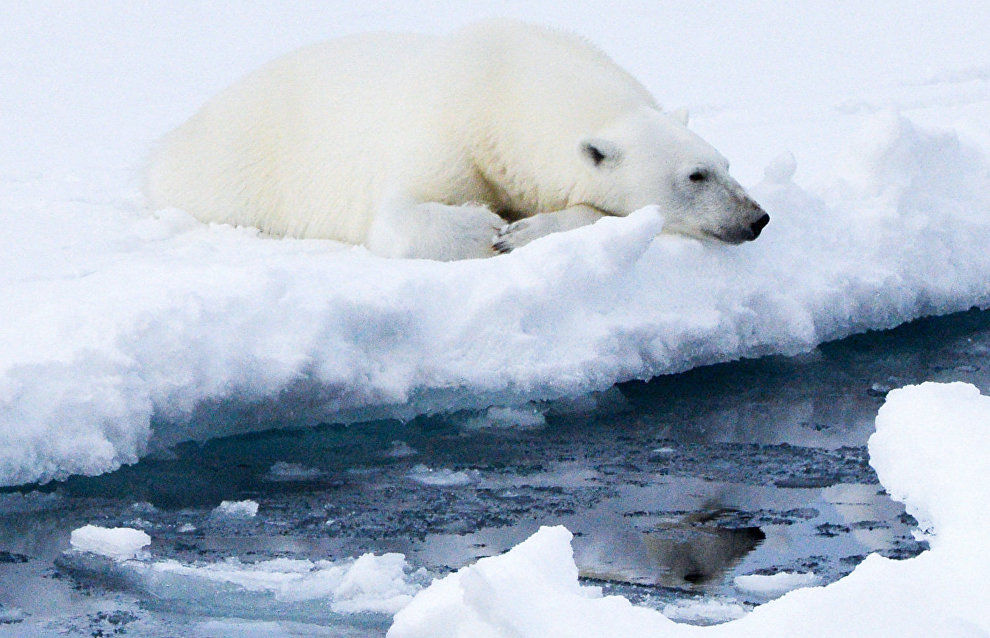 Equipment that will help meteorologists avoid encounters with polar bears has been installed at the weather station on Vaigach Island, according to Dmitry Ryabov, press secretary of the WWF Barents branch.

There are four experts permanently living and working at the Fyodorov sea hydrometeorogical station (MG 2). A polar bear migration route lies there, at the northern end of Vaigach Island, between the Kara and Barents seas.

A WWF grant provided to the northern branch of the metrological service went towards purchasing equipment for the station. Firm bars were installed on all the windows to prevent bears from getting inside. Powerful lights and CCTV cameras were set up along the perimeter. Now the experts can see the entire area around the station and do not have to fear a sudden bear attack when they go outside.

"Predators often go there unwelcomed. For example, this August and September polar bears came to the station almost every day; sometimes just one bear and often females with cubs," Ryabov noted.

According to Ryabov, neither people nor animals protected in the Red Data Book were injured during such encounters. However, such visits make the experts' work more difficult: sometimes they felt besieged and were afraid to go outside for several days in a row.

"Preventing conflicts between humans and polar bears is an important area of our work. It is obvious that due to the climate changes and the shrinking Arctic ice cap the predators will come in contact with people more often. I hope that our project will help to avoid negative outcomes of such encounters," Oleg Sutkaitis, director of the WWF Russia Barents branch, said in a message.

According to Roman Yershov, head of the Northern Department of the Hydrometeorology Service, the polar station on Vaigach Island is one of the most attractive places for polar bears. "We plan to use the MG 2 station's experience at other stations in the future," Yershov noted.

Shortly after one of the cameras was installed it recorded a polar bear standing at the station's entrance. Meteorologists believe that this "guest" is far from the last at the station, because a long winter is ahead.