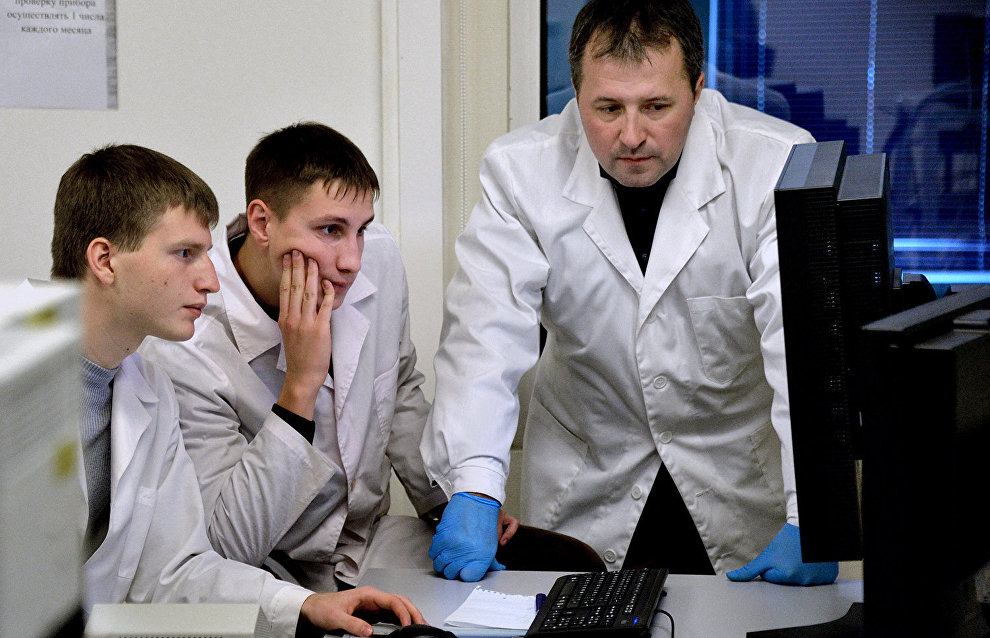 Employees of the laboratory of invertebrate macroecology and biogeography at St. Petersburg University assessed the diversity of freshwater mollusks in the northern polar region based on previously published data and their own research. According to their estimations, there are 104 species of these invertebrates living in waters north of the polar circle. The research results were published in the Hydrobiologia.

The scientists' list of species reflects all the relevant data available, including those the team received for the first time. It is noted that the previous list was published in Sweden in 1887 and is quite outdated.

According to the results of the research, less than two percent of the global fauna of freshwater mollusks have managed to reach the Arctic. Due to the specific nature of the northern polar region, the number of different species of snails and bivalves is small. Having analyzed the biology and ecology of the Arctic mollusks, the scientists suggested which biological traits helped these invertebrates reach the polar region and survive there.

"First of all, they include hermaphroditism, thanks to which a single mollusk can mate with any member of the population when the number of mollusks is limited. (Moreover, many species of Arctic mollusks are self-fertile.) Another useful trait is that they can travel by air, for example with birds. In addition, mollusks' short life cycle helps them to multiply rapidly and form viable populations in northern waters. They also have the ability to remain viable while frozen in ice. It looks like the combination of these traits acts as an ‘entry ticket' to the Arctic for mollusks, allowing them through the invisible filter created by their environment," said Maxim Vinarsky, head of the SPBU laboratory of invertebrate macroecology and biogeography.

The genetic and biogeographic analysis showed that there were no endemic species in the Arctic circumpolar zone. It turns out that all the freshwater mollusks came from lower latitudes. Back in 2017, SPBU Professor Maxim Vinarsky and Ivan Nekhayev, a senior research fellow at the Applied Ecology Department, received the same results in Greenland, and now this conclusion can be applied to the entire Arctic region. The scientists believe that the absence of endemics in the circumpolar region is connected with the young geological age of the area, which lost its ice cover relatively recently.

The biologists also compared the diversity of species in separate Arctic subregions: the European polar region, the extreme north of Siberia, Beringia and North America. It turns out that Siberia was the most diverse region, with 57 out of the 104 described species living there. The poorest fauna was in North America, which has only 39 species of freshwater mollusks. Such a difference cannot be explained by the fact that mollusks are under-researched in North America because they have been studied for more than 200 years.

The scientists also studied the Arctic and Subarctic geothermal ecosystems, which they believe could have served as a potential shelter for mollusks during ice ages. Unlike most water bodies in the northern polar region, where the thermal regime is mostly determined by seasonal temperature changes, geothermal springs have stably high (over 20 degrees Celsius) water temperature all year round. Most freshwater snails and bivalves cannot survive in such extreme conditions, but the biologists found that at least five Pulmonata species (gastropods with lung) were capable of overcoming the thermal shock after settling in geothermal springs and forming stable populations there.

Although the Arctic biota is very vulnerable to global changes and human interference in general, only three mollusks on the list have received international conservation status: Margaritifera margaritifera (freshwater pearl mussel), Euglesa hinzi and Valvata mergella. Most Arctic species are widely spread and mass forms, but according to the SPBU biologists, this does not mean there is no need to protect them. In addition to the negative impact of the intense economic development of the Arctic resulting in the degradation of freshwater ecosystem, global climate changes also pose a threat.

"Due to the warming, animal species that used to live in milder conditions are coming to the Arctic region. Today we can conclude that at least three species of snails and bivalves can expand their habitats northward amid global climate change. This could have an unpredictable impact on autochthonous ecosystems, such as ousting local mollusks. It is possible that foci of parasitic diseases, for which many freshwater mollusks can serve as intermediary hosts, will also move north. Right now foreign mollusk species have a minimal influence on the Arctic freshwater ecosystems, but the situation could change in the next decades," Maxim Vinarsky stressed.