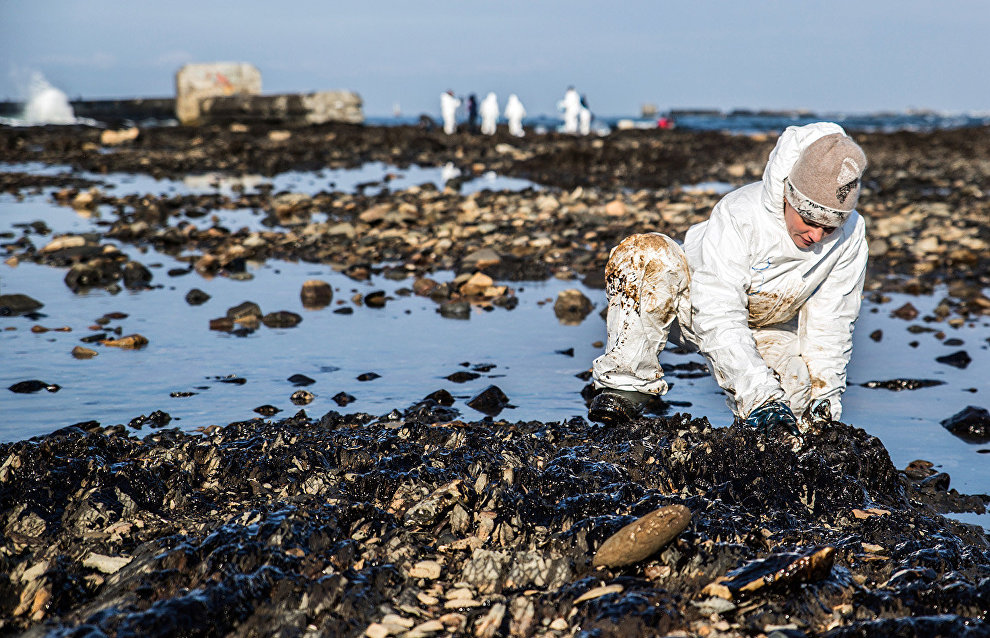 Scientists from St. Petersburg have developed a substance for decomposing oil and petroleum derivatives. The new chemical agent also remains effective at low temperatures, and this makes it possible to remove oil spills in water and soils.

The product was developed by specialists from the School of Technology and Power Engineering at St. Petersburg State University of Industrial Technologies and Design. This is a continuation of research into the development of long-duration mineral fertilizers based on phosphate glass. Its unique properties made it possible to create a process for making porous granules containing a biological preparation that can remove oil spills from water and soils.

"The biological preparation has the following principle of operation: The cells of oil-destroying microorganisms are attached to porous glass phosphate granules. They decompose hydrocarbons and remove oil spills from water and soils. After completing their mission, the microorganisms perish and become part of a food chain for the native microflora," explains Alexei Khlynovsky, an assistant professor with the above-mentioned School of Technology and Power Engineering who co-authored the invention.

He added that the strains of oil-destroying bacteria are registered in the National Scientific Research Institute of Plant Protection's collection of microorganisms.

According to the Ministry of Education and Science, tests on the preparation have confirmed that the new forms contain 10-15 times more cell titers, or the amount of cells per unit of volume, compared to the currently available commercial brands. This makes it possible to use smaller amounts of the substance.

The preparation has another advantage: It can work effectively in soils and water. The easy-to-use substance can also remove slicks without advance preparation and does not require skilled personnel.

"The biological preparation demonstrated excellent results while decomposing petroleum derivatives in low temperature conditions in a water body polluted by aircraft fuel at the Savvatia facility in the Arkhangelsk Region. Purification efficiency reached 99.2 percent in 20 days," the ministry sources said, adding that this made the invention particularly important for the Arctic.

The biological preparation is now undergoing field tests that involve various companies, including the facilities of Surgutneftegaz and the Irkutsk Oil Company. The Station for Cleaning Oil-Containing Waters in Kronstadt also carried out these tests on a land plot with a three-year-old oil spill. During the 12-month experiment, the content of petroleum derivatives in the soil plunged by 90 percent after the application of the first experimental batch of the preparation.