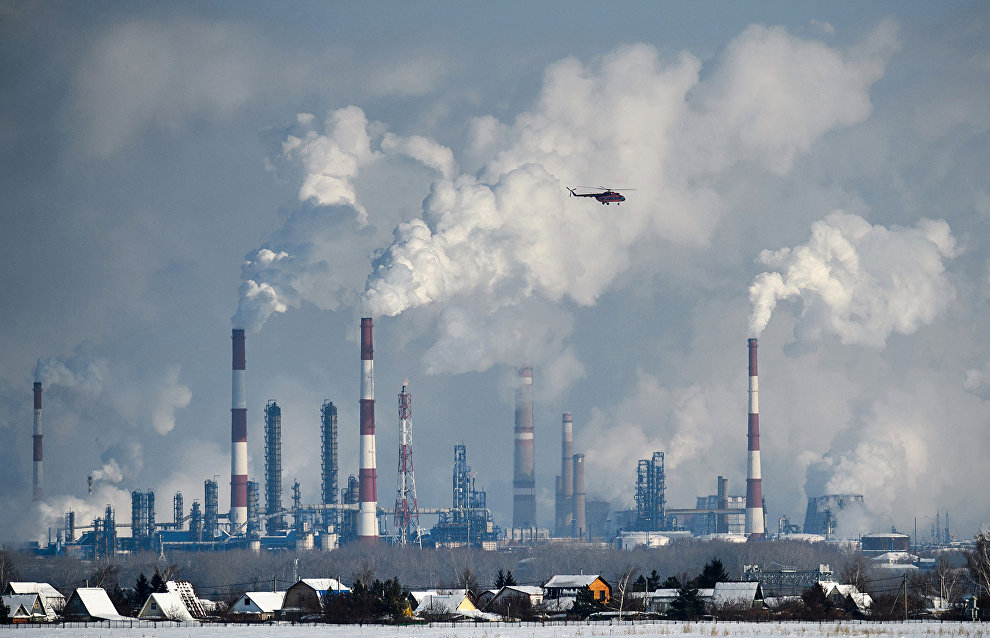 FinExpertiza has identified the Russian regions with the most polluted air based on enterprises' reports on pollutant emissions, information on the number of motor vehicles in the region, taking into account the category, fuel class and engine types, and data on diesel fuel use for railway transport provided by Rosprirodnadzor (Federal Service for Supervision of Natural Resources).

According to the report, one Russian resident accounts for an average of about 155 kg of harmful emissions per year. This figure ranges from 23 kg to 1.6 metric tons, depending on the region, experts say. About 75 percent of all emissions come from enterprises, while cars produce 25 percent. As for industrial production, metallurgy creates the most air pollution, with 3.7 million metric tons of emissions per year, or 21 percent of all emissions from enterprises.

The top 10 Russian regions with the most polluted air include two Arctic regions — the Krasnoyarsk Territory, where metallurgy prevails among other industries (first place), and the Yamal-Nenets Autonomous Area (fifth place). The list also includes the Kemerovo, Sverdlovsk, Irkutsk, Chelyabinsk and Orenburg regions, the Khanty-Mansi Autonomous Area, the Republic of Bashkortostan and the Krasnodar Territory.

"The distribution of emissions quite accurately reflects the areas where the largest producers of non-ferrous metals, petrochemical products and thermal power, operating on dirty fuels, are concentrated," explained Maxim Khudalov, head of the sustainable development risk assessment group of the Analytical Credit Rating Agency (ACRA).

He also noted that the new cycle of economic development will be linked with the development of technologies to capture and subsequently recycle pollutants for economic benefit. Initially, this will happen through subsidies, and later — through responsible investment.

"First of all, it is developed countries that have reached a certain level of well-being that have begun to reduce negative environmental impacts. Russia only recently started to officially declare the importance of sustainable production. It is likely that the pace of work in this direction will also largely depend on the dynamics of the country's economic indicators," added FinExpertiza President Yelena Trubnikova.

Previously, the Ministry of Natural Resources and Environment drew up a ranking of the regions with the most polluted air based on an analysis of air samples. At the top of the list were the Trans-Baikal Territory, the Republic of Khakassia, the Murmansk Region, the Krasnoyarsk Territory, the Leningrad Region, Moscow, and the Sakhalin, Kemerovo, Volgograd and Sverdlovsk regions.