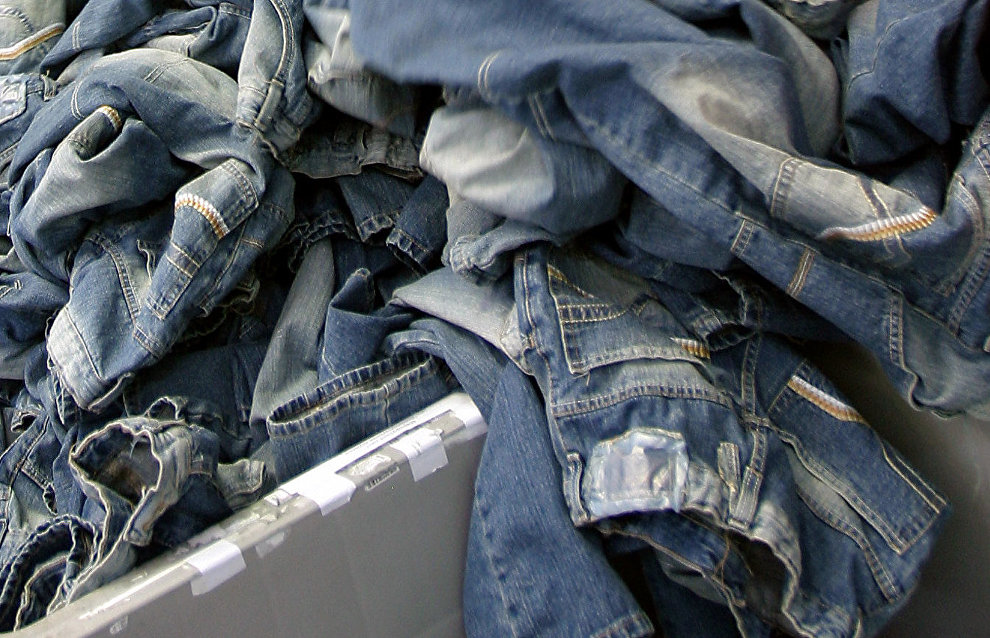 A group of Canadian ecologists led by Miriam Diamond, a professor of earth sciences at the University of Toronto, has studied sediments and ice in lakes Ontario and Huron, as well as Beaufort Sea near Baffin Island and other areas of the Canadian Arctic Archipelago.

The team has found another possible source of anthropogenic pollution of water and soil, as indigo-dyed cotton fibers kept coming up in samples across the group's area of research. A series of analyses conducted by Diamond's team has confirmed their theory. They established that indigo denim microfibers constitute between 12 and 23 percent of all the microfibers found in the sediments from Canadian lakes and the Arctic Archipelago they analyzed.

When trying to localize the source of this pollution, the scientists studied sewage waters to determine the amount of indigo denim microfibers one pair of used jeans can release per wash. It turned out that each wash releases thousands of them, and about 20 percent find their way into the environment with wastewater treatment plants' effluents, where they survive for a long time.

Blue jean denim is made up of "natural cotton cellulose fibers, processed with synthetic indigo dye and other chemical additives to improve performance and durability." This is why blue jeans microfibers can accumulate in various natural environments threatening local biota. The team found blue jeans microfibers over a wide area from temperate to Arctic regions.

The scientists believe that this makes blue jeans microfibers an indicator of the widespread burden of anthropogenic pollution. However, they cannot say definitely what impact these microfibers are having on the environment, because the team detected denim microfibers in the digestive tract of only a single type of fish called rainbow smelt. The scientists plan to continue their research to determine the effects denim microfiber could have on marine ecosystems from the middle latitudes to the Arctic.

A detailed account of the study is available in the magazine Environmental Science & Technology Letters.