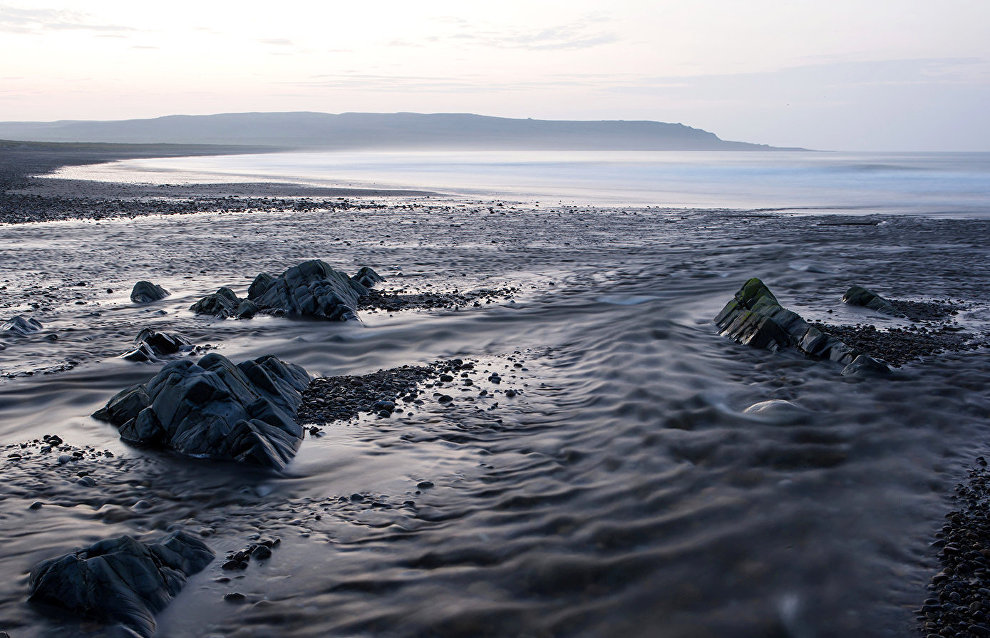 According to Yevgeny Yakovlev, radioactivity levels from manmade isotopes in bottom sediment in the Barents Sea were found to have decreased compared with the 1990s-2000s. Yakovlev is head of the laboratory of environmental radiology at the Federal Research Center for the Comprehensive Study of the Arctic, the Ural Branch of the Russian Academy of Sciences in Arkhangelsk (Research Center).

"What we see is a significant reduction compared to earlier years," he said. "This is due to the natural decay of manmade isotopes. <…> In the 1990s-2000s, there were many studies on manmade isotopes, in particular, Caesium-137, which is a relatively long-life isotope. Compared with these data, we see a significant decrease, which is due to decaying Caesium-137. That is, we didn't find new manmade radionuclides," he said.

As you may be aware, the radioactive waste from the military and civilian nuclear fleet was buried in the Arctic seas from the mid-1950s to the early 1990s. "We have not detected the influence of these sites," the researcher said.

Scientists from the Research Center also studied the activity of natural radionuclides such as Potassium-40, Thorium-232 and Radium-226. According to Yevgeny Yakovlev, the activity of these substances in the Barents Sea is lower than the average background values worldwide. In addition, lab tests of samples for man-made radionuclides are still underway, and the results will be known in about six months. "We are studying the behavior of tritium, a heavy manmade hydrogen isotope. It is short-lived, and we are monitoring it," he said. "We took samples at over 300 sites at different depths. Tritium indicates fresh incoming manmade radionuclides, so it's important to study it."

"There are over 11 major oil, gas and gas condensate fields there. The data on natural radionuclides can be a base point for further assessment of changes in the radionuclide state of bottom sediment when developing oil and gas fields," Yevgeny Yakovlev said.

He added that it is necessary to conduct constant monitoring because the content of natural radionuclides, mainly in the uranium series, increases in the composition of sediment during off-shelf oil and gas production.

According to researchers, climate change is also increasing the flow of radioactive substances into the Arctic seas. For example, the melting of glaciers contributes to the release of radionuclides into the water, radionuclides that fell on the glaciers after nuclear tests and were "mothballed" in them. "This is called the likelihood of secondary radioactive contamination, because a large amount of manmade isotopes fell on the surface of the glaciers during tests, explosions, accidents, etc. The Arctic is undergoing global warming, the ice sheet is degrading, and all this can also increase manmade radioactivity in the future," Yevgeny Yakovlev said.

The studies were carried out as part of the Transarktika-2019 Roshydromet project's second phase in the Barents Sea, aboard the Mikhail Somov research vessel from May 15 to June 14, 2019.