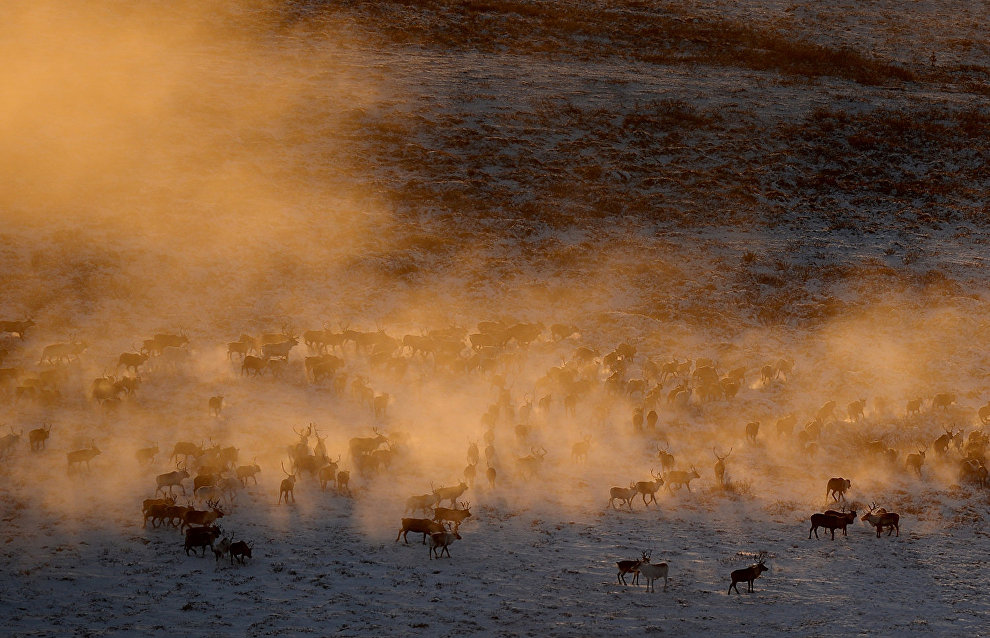 Researchers from the Yamal-Nenets Autonomous Area are studying the snow cover in the region. Experts believe that the ice crust has a negative impact on reindeer pastures.

“There have been signs of atypical climate conditions that affect the life of tundra animals to varying degrees from almost all northern countries of the world. For example, thick ice crust has been seen in Norway and Sweden. There are similar sites in the north of the Yamal Peninsula,” said the press service of the Arctic Research Center.

Fifteen snow-measuring stations were set up during the joint expedition of the center and the Arctic Research Permanent Study Center of the Institute of Plant and Animal Ecology under the Urals branch of the Russian Academy of Sciences.

“Experts picked sites with the most diverse landscapes that reindeer herders use as pastures. The detected ice and snow crust have developed from fallen snow in response to the pressure and humidity,” said Alexandra Pechkina, a research fellow at the environment protection section of the Arctic Research Center.

She also noted that due to the thick ice crust, local reindeer herders had to switch to a new way of pasturing and allow animals to disperse far from chum tents and even mix with neighboring herds.