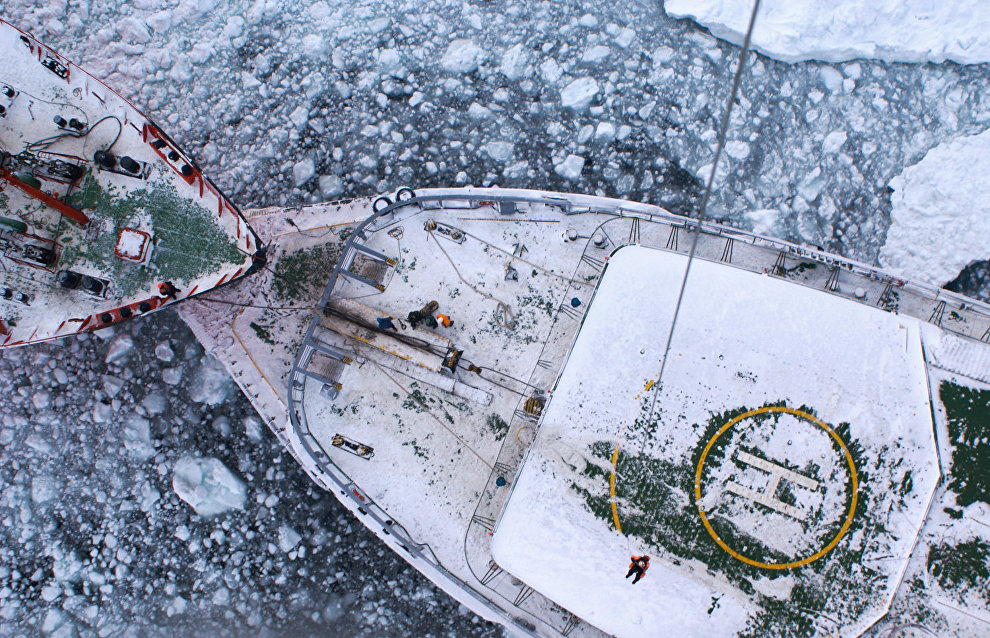 The Ministry for the Development of the Russian Far East and Arctic plans to raise and dispose of the sunken K-27 emergency nuclear submarine and the submerged B-159 nuclear submarine with spent nuclear fuel with the support of the Emergencies Ministry.

Advisor to the head of the Ministry for the Development of the Russian Far East and Arctic Olga Smirnova said that the ministry and the Rosatom State Atomic Energy Corporation are paying special attention to sunken vessels with radioactive waste and monitoring underwater facilities.

“There are about 18,000 potentially dangerous objects in the White, Barents and Kara seas. They are posing nuclear, radiation and chemical threats. Now our ministry plans to lift and dispose of the sunken K-27 emergency submarine and the submerged B-159 submarine with spent nuclear fuel by pooling efforts with the Emergencies Ministry,” Smirnova said at a meeting on summing up the results of research on protecting the Arctic against emergencies.

She said that both ministries have a common task: to create together an effective system of comprehensive protection of the population and territory in Russia’s Arctic zone.

“This will allow us not only to prevent emergencies before they happen but also create conditions for the safe exploration of the Arctic and the safe implementation of economic and infrastructure projects in the northern latitudes,” Smirnova emphasised.

She said the Emergencies Ministry already has seven rescue centers in the region but they largely cover the western, most developed part of the Arctic. Now active exploration of the eastern part of the Arctic is underway.

“The development of major projects such as the Baimskaya Ore Zone, the Chaun-Bilibinsky Generation Center (Chukotka Autonomous Area)  and the Syradasaiskoye deposit (on Dikson Island) requires particular attention to industrial disaster prevention and response, as well as the smooth operation of a search-and-rescue station in the eastern part of Russia’s Arctic. In this context, it is important to mention that the Emergencies Ministry is planning to build up its air group based on Mi-38 helicopters in Tiksi, Pevek, Anadyr, Sabetta and Dikson,” Smirnova said.