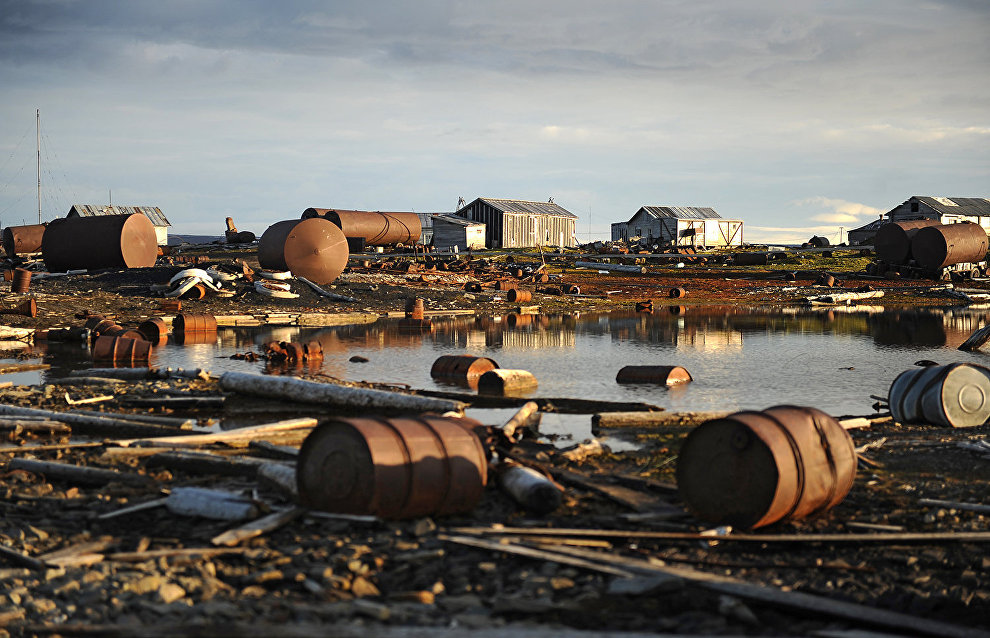 Yamal proposes improving law on waste disposal in the Arctic

The Federation Council discussed proposals of the Russian Arctic regions on simplifying the legal procedure for removing environmental damage in the Arctic.  During the meeting, Alexander Mazharov, Deputy Governor and Director of the External Relations Department of the Yamal-Nenets Autonomous Area, drew attention to some problems in current legislation that hinder implementation of environmental projects in the Arctic.

"Yamal has a wealth of experience in organizing and conducting environmental expeditions. We started cleaning hard-to-reach Arctic territories 10 years ago, being one of the first in Russia. Over this period volunteers have collected and prepared for removal tons of scrap metal and other waste, eliminated the consequences of residential and industrial development. But, as it turned out, it is easier to organize work of volunteers on hard-to-reach islands than to carry out these works within the legal framework", Alexander Mazharov said at the meeting.

According to him, in order to eliminate an object of accumulated damage, it is necessary now to enter it in the state register in conformity with the categorization system. If the categorization results show that the object has a low value, funding for its removal is not provided. There are also difficulties with the removal and disposal of scrap metal collected from ownerless dumps at the sites of former bases, scientific and hydrometeorological stations or exploration sites.

In this regard, Yamal proposes a special procedure for the removal of objects of accumulated environmental damage in the Arctic, including establishment of an extrajudicial procedure for declaring waste dumps of hazard class V ownerless, assignment of responsibility for maintaining the register of such objects to the local departments of natural resources regulation, as well as the possibility of removing objects of accumulated environmental damage by any entity, including without compensation.

Amendments to federal legislation will make it possible to fully ensure the removal of objects of accumulated environmental damage in the Arctic and simplify interaction with supervisory authorities on issues related to the removal and disposal of waste collected in course of environmental cleanup.