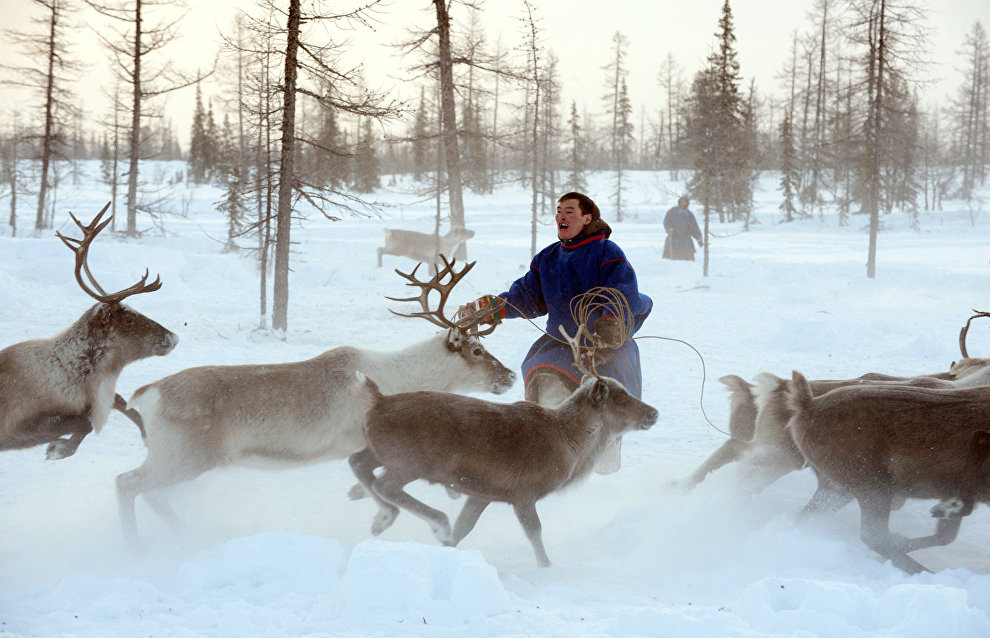 First Deputy Governor of the Nenets Autonomous Area Sergei Ruzhnikov signed a resolution to subsidize some of the costs of increasing the reindeer populations of the tribal communities of small indigenous ethnic groups, the local press service reports.

The local government will allocate grants without obligation at the rate of 164 rubles per head annually. The communities entitled to subsidies will not be "agricultural producers." They are also expected to have at least "maintained their reindeer populations in the reporting year."

This year, applications can be submitted before September 1.

Currently, nine tribal communities work in reindeer herding in the Nenets Autonomous Area, eight registered in Nelmin Nos, and one in Karataika.