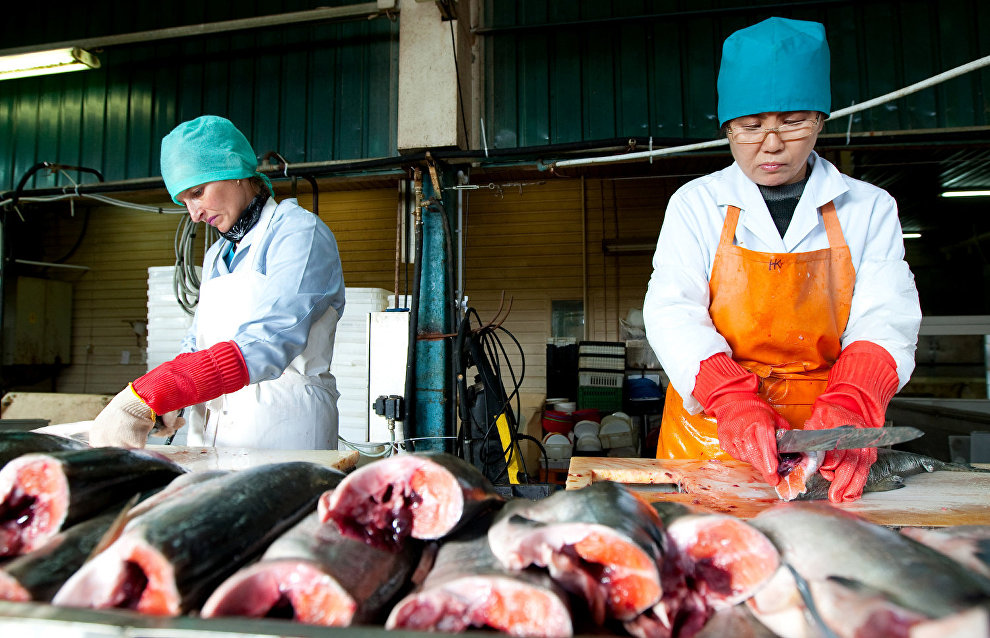 Fish processing plants in the Murmansk Region are working to between 35 and 50 percent of their capacity. RIA Novosti has reported this, citing Governor Marina Kovtun's speech at a conference on Arctic fishing challenges, international practices and prospects.

"The shore-based fish processing plants in the Murmansk Region are working to between 35 and 50 percent of their capacity. In such a case, the opening of new plants will further reduce the delivery of raw materials to the existing plants," the governor said.

Marina Kovtun has called for modernization at the plants. She said that this would encourage them to produce higher added value and more competitive products.

There are some 40 coastal fish processing plants in the Murmansk Region. Many of them process fresh fish.

"This is why, when preparing proposals for draft federal resolutions on state support quotas, the Murmansk Region proposed that the fishing vessels which produce fresh and chilled products be added to the list of investment recipients that can apply for government quotas," Marina Kovtun said. She added that such standards for trawlers with a length of more than 30 meters that produce fresh and chilled products have been added to the draft.

On the other hand, an analysis of the demand for shore-based fish processing capacities in the Murmansk Region showed that the region needs more both small and large trawlers. The regional authorities have proposed adding one trawler that is longer than 55 meters to the list of potential investment recipients in the Northern Fishing Basin.