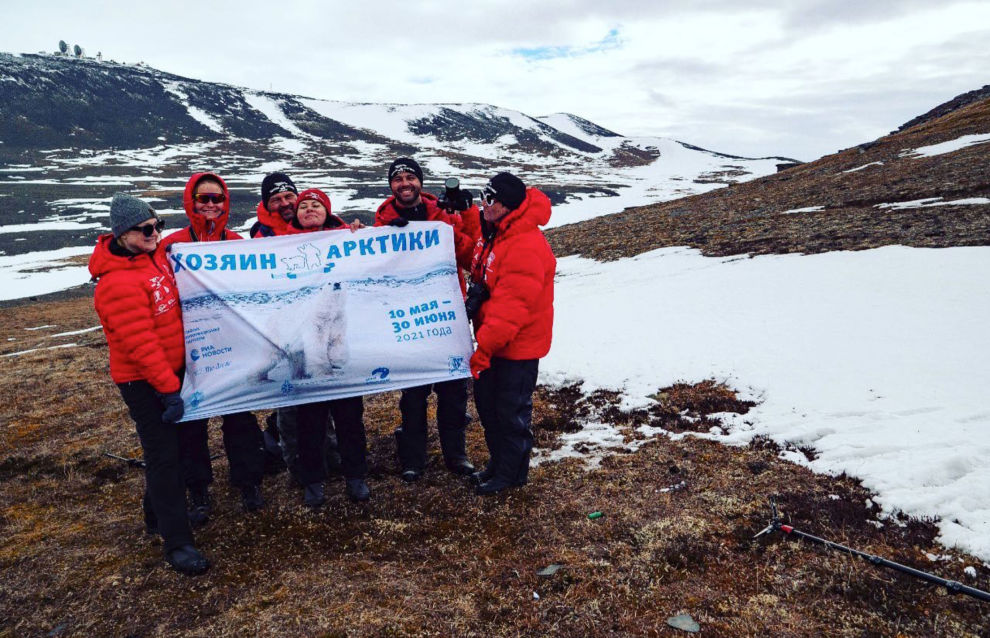 First stage of Master of the Arctic expedition ends

On June 10, the first stage of the Master of the Arctic expedition ended at Domodedovo International Airport outside Moscow. Its members spent 26 days in the Arctic.

“We got a nice tan during the endless polar day, roamed the area and spotted wide-awake marmots and newly-arrived ruffs. We braved freezing temperatures of minus 10 degrees Celsius and plus 13-degree heat, as well as snow and ice, and we also admired the first tundra flowers,” one of the expedition members said.

In all, the specialists covered eight routes and spent some five to six hours on each route as they searched for polar bears and marine mammals.

“The exact number of animals will be known after we process all the flight data, including about 100,000 photos and the same number of infrared camera images. The area has bears, ringed seals and walruses. We also sighted some musk-oxen but failed to photograph them. Perhaps this is because they are land, rather than marine, mammals,” the scientists noted.

Apart from monitoring the polar bear population, the specialists met with Tiksi residents several times, showed them a film on the results of the 2020 expedition, and conducted environmental protection and space research lessons at two local schools. Dmitry Glazov, head of the research team, told school students about the specifics of marine mammals’ life. In turn, Hero of Russia Valery Tokarev, a test pilot and cosmonaut, discussed the mysteries of outer space.

On the same day, June 10, members of three expeditions set out from Arkhangelsk for the Franz Josef Land archipelago aboard the scientific research ship Mikhail Somov. Once there, they will continue to look for polar bears from a helicopter.

“It will take the ship five to six days to reach Novaya Zemlya, and we will later sail to Franz Josef Land. Team members will board a helicopter there, locate polar bears and fit them with satellite tracking collars. They will also take biological samples from the bears. This may sound curious, but only female polar bears can wear these collars because the males’ neck is too large for such devices,” expedition organizers noted.

Satellite tracking collars will help scientists follow the migration routes of the endangered female predators, and find out where they spend various seasons, build their dens and obtain food. The results of medical tests will be added to the Arctic animals’ case histories. This time, polar bears will be tested for COVID-19 for the first time.