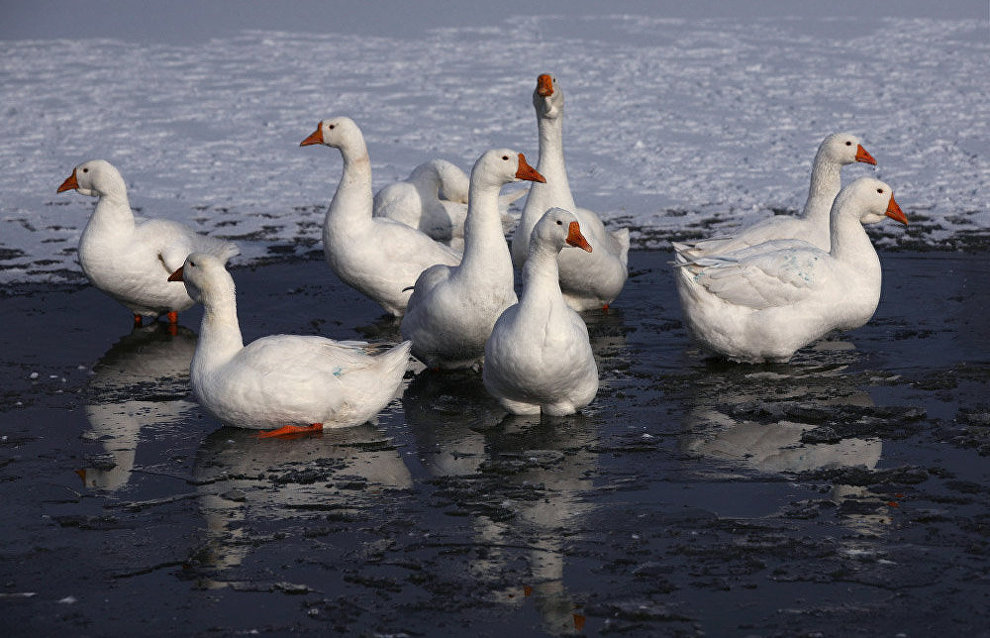 A group of ornithologists from Germany, working with ZDF TV, plan to make a documentary on the wildlife in the Nenets Autonomous Area, Arctic-Info Agency reports.

The scientists and a filming crew will set out for Kolguyev Island next week. The first part of the documentary will be dedicated to migratory geese that winter in Germany and fly to the north in the summer to nest and raise their goslings on the island surrounded by the Barents and Pechora seas.

The Institute of Geography at the Russian Academy of Sciences and the Max Planck Institute for Ornithology (Germany) have conducted joint ornithological studies on Kolguyev Island since 2004.

About 150 bird species inhabit the island, with anseriformes flocks being the most numerous. The East Atlantic migration route crosses the Nenets Autonomous Area and is used by birds that nest in the Eastern European and Eastern Siberian tundras and winter in Europe and Africa.