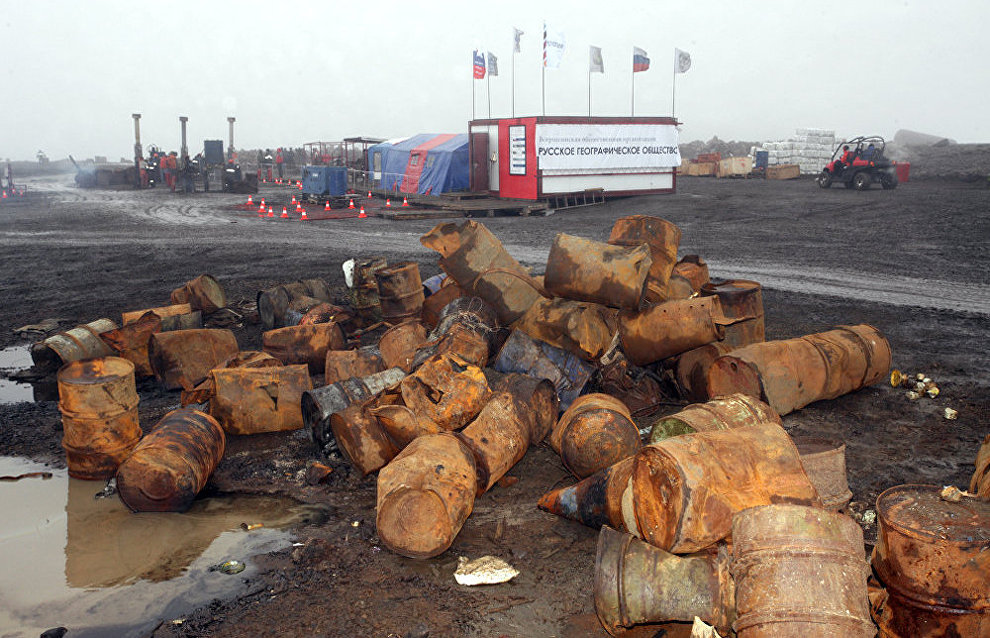 Cleanup on Franz Josef Land to begin in July

A cleanup campaign on Franz Josef Land will begin in July, Natural Resources Minister Sergei Donskoi said in an interview with RIA Novosti.

"Efforts to clean up the Franz Josef Land Archipelago will continue this year. They will begin around early July," he said.

According to Donskoi, the Arctic cleanup is a priority for the ministry, so it does its best to continue removing waste.

"This year, the ministry has developed a mechanism to distribute subsidies to regions to undo environmental damage. This financial instrument will ensure the proper implementation of planned projects. Now the document is under consideration, and later it will be submitted to the Russian Government," he said.

The Arctic cleanup has been carried out since 2012 on Alexandra Land, Hooker Island, Heiss Island, Hofmann Island and Graham Bell Island, all of which are polluted. As a result of cleanups in 2012-2015, over 35,000 metric tons of waste was removed from the islands.