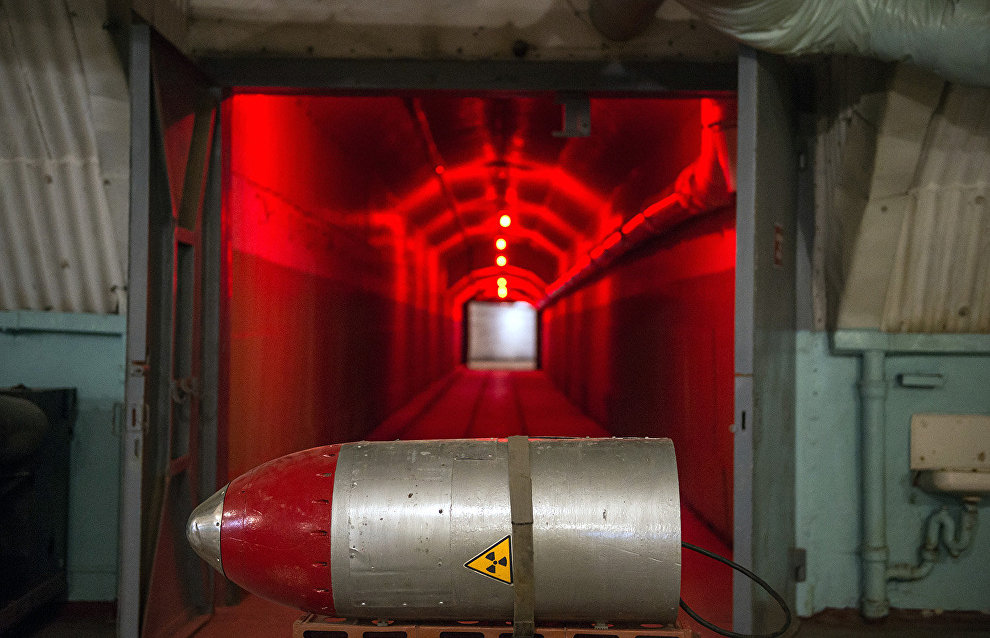 Researchers find traces of nuclear tests in the Arctic Ocean

Russian oceanographers who conducted research off the western coast of the Novaya Zemlya Archipelago have established that radionuclides that polluted the island after a series of nuclear tests in the 1960s are gradually washed into the Arctic Ocean, RIA Novosti reported, citing the journal Oceanology.

"Analysis of ice samples from the northern ice dome of Novaya Zemlya has not yet revealed any high radioactivity areas. However, our research has produced information about a glacier we did not study before and has identified the layer that is contaminated by radioactive materials," said Alexei Miroshnikov from the Moscow-based Institute of Geology of Ore Deposits, Petrography, Mineralogy and Geochemistry, Russian Academy of Sciences (IGEM RAS).

According to RIA Novosti, Novaya Zemlya has been a nuclear testing ground since the mid-1950s. In all, 224 nuclear devices with total explosive energy equivalent to 265 megatons of TNT have been detonated on Severny and Yuzhny islands of the archipelago, including the АН602 Tsar Bomba. Tests in the atmosphere and under water were not held there after the Partial Test Ban Treaty banning nuclear weapon tests in the atmosphere, in outer space and under water was signed in 1963. However, non-nuclear tests and experiments related to nuclear weapons continue to this day.

Last year, an expedition of researchers from IGEM RAS went to Novaya Zemlya to study the effect of those nuclear tests on the glaciers, soil and bottom silts. Their studies have shown that the so-called northern ice dome, or the glacier that covers the northwestern part of Novaya Zemlya, contains traces of radioactive contamination since the explosions there in the 1950s and 1960s.

The samples collected at the edge of the glacier revealed a very high level of trace amounts of Cesium-137: between 420 and 650 becquerels (Bq) per kilogram of Cs-137 (one becquerel equals one disintegration or nuclear transformation per second), which means that ice on the Novaya Zemlya is getting rid of the nuclear contamination of the past century. RIA Novosti writes that maximum radiation levels for water is 370 Bq per kilogram according to the EU standards or 10 Bq per kilogram according to Japanese standards.

The largest amount of radionuclides was detected in dust on the surface of the Blue Glacier located 300 kilometers south of the northern ice dome. The radioactivity level there is more than 1230 Bq per kilogram of ice or soil. Judging by traces of Americium (Am) in ice there, the source of radioactivity could only be atmospheric nuclear test explosions, according to researchers.