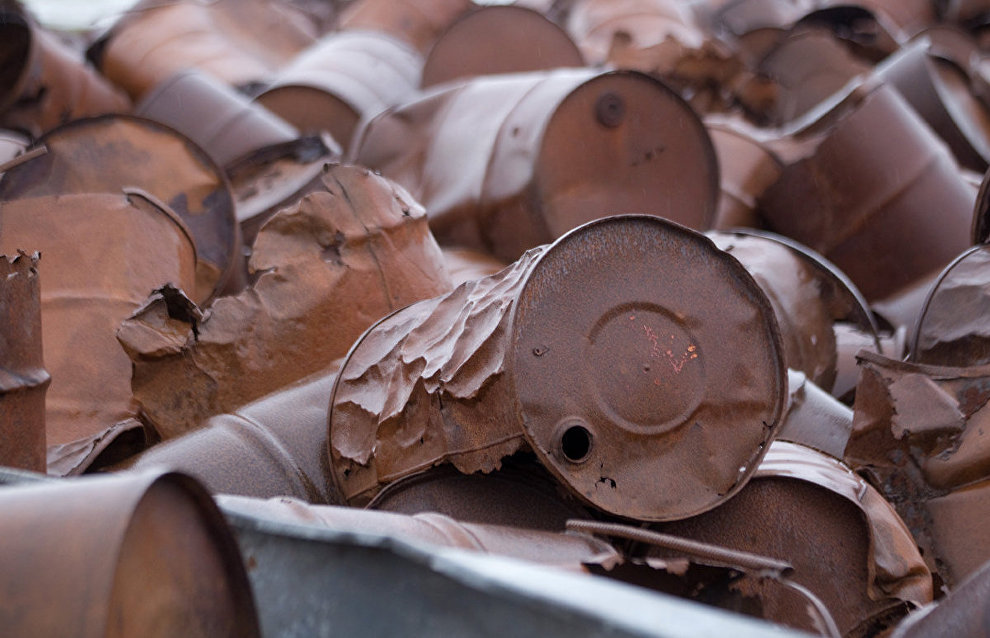 "From May to October this year, an environmental platoon will collect some 600 metric tons of scrap metal on Wrangel Island for transportation to the mainland. The platoon will work in two areas, at the village of Ushakovskoye and on Cape Hawaii," Gordeyev said. He said the compressed metal would be removed to the mainland by charter vessels.

Last year, the environmental unit cleaned an area of over 10 hectares. It collected nearly 1.100 metric tons of scrap metal, including over 26,000 old fuel barrels and large pieces of scrap metal.

Wrangel Island is located in the Arctic Ocean between the East Siberian and Chukchi seas. The island is part of the Wrangel Island State Nature Reserve that is on the UNESCO World Heritage List. Air defense units from the Eastern Military District were stationed on the island in October 2014.