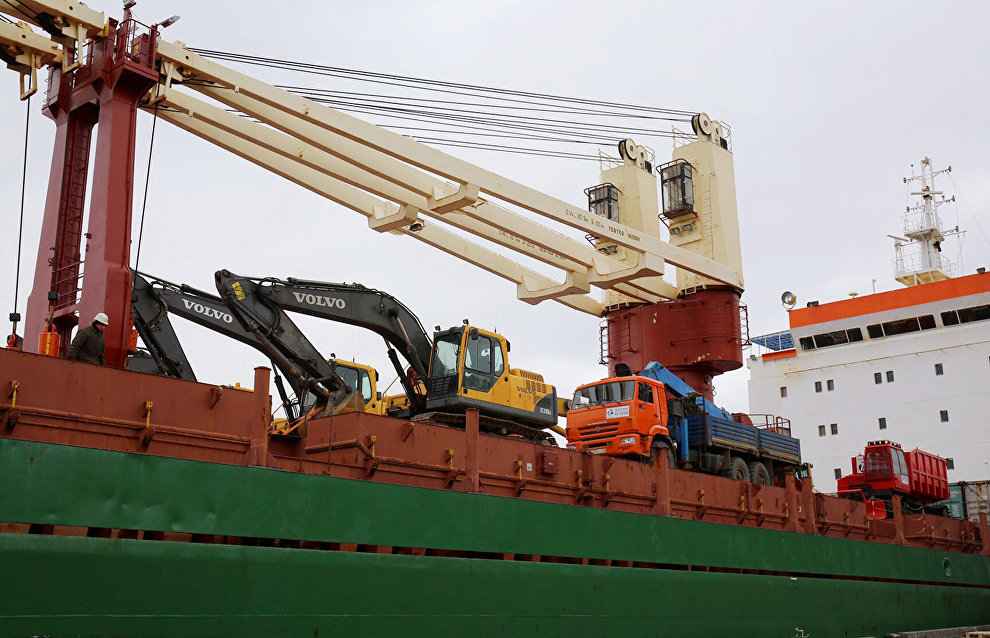 Russian Arctic National Park's website has announced the departure from Arkhangelsk on May 14 of the first Arctic clean-up expedition in 2017. The ship Andrei Osipov set sail for one of the Franz Josef Land Archipelago's most difficult to reach islands, Graham Bell, where expeditions to clean up past environmental damage already took place in 2013 and 2015.

"This summer, clean-up work on Graham Bell will take place on two sites on the island's north — Matusevich Bay, and Cape Aerosyomka. The expedition members will collect around 5,000 tons of industrial waste, scrap metal — the remains of transport and caterpillar track vehicles, and barrels", the announcement reads.

Work on the island will continue until October. General director of the sub-contractor Arctic Consulting Service Sergei Kamyshanov said that the first lot of collected waste, around 2,500 tons, will be brought back to the mainland in July.

As Russia marks Year of the Environment, the clean-up effort in the Arctic has resumed after a year-long hiatus. Clean-up work will take place on four of the archipelago's islands — Hooker, Heiss, Alexandra Land, and Graham Bell. The total cost is around 600 million rubles.

Acting Director of Russian Arctic National Park Alexander Kirilov said that one of the main tasks ahead in 2017 will be to carry out geo-environmental surveys of the Franz Josef Land Archipelago to evaluate the remaining volumes of waste on the islands and set the timetable for further clean-up work.

Four inspectors from Russian Arctic National Park have headed for Graham Bell to monitor the clean-up process and compliance with environmental legislation.

The Andrei Osipov will sail to Franz Josef Land accompanied by the icebreaker Novorossiisk, which will leave the port of Murmansk a day later. The voyage will take six days, with two days then needed for unloading at Graham Bell.

The Environment Ministry started the work to clean up accumulated waste and environmental damage in 2010. Franz Josef Land was chosen as the pilot territory. 2011-2015 сlean-up expeditions to Franz Josef Land and the northern part of Novaya Zemlya removed and processed more than 40,000 tons of waste and reclaimed 349 hectares of land.