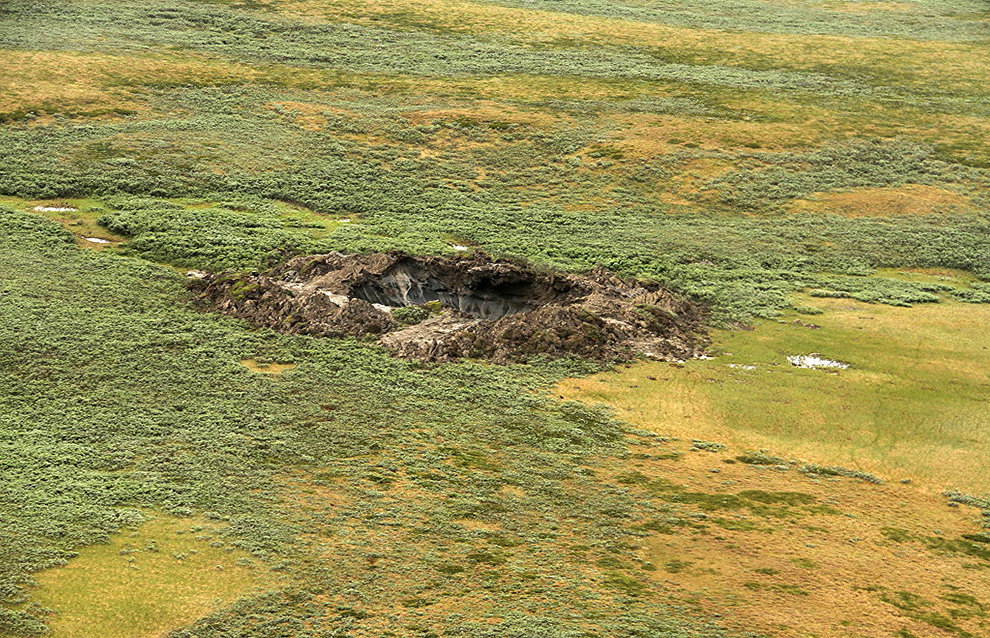 Gas emissions have formed craters on Yamal Peninsula, according to the Arctic Research Center.

Seyakhi resident Mikhail Okotetto who became witness of the first crater's formation on June 28 later informed researchers of the phenomenon. The appearance of the second crater became known from biologist Alexander Sokolov who was on an expedition to the Yerkuta. Yamal scientists then headed for the site of the crater.

"The Seyakhi crater was formed in the floodplain of the Myudriyakha River. By the time the expedition crew arrived there, it had already been flooded becoming part of the river bed. The depth was measured at 2-3 meters by the acoustic depth sounder. Direct measurements in the center of the crater showed the depth of over 20 meters. Scientists confirm traces of a gas explosion followed by ignition, the evidence of which was charred sand and vegetation," the Arctic Research Center reported pointing out that methane leakage from the subsoil hasn't stopped.

Scientists do not think the emission poses a threat to the population or the animals as methane has been dispersing into the air.

The diameter of the crater in the Yerkuta area is around10 meters with a depth close to 20 meters.

Thus far, ten craters have been reported in the Yamal-Nenets Autonomous Area, all of which have been formed through subsoil gas emissions.

"Similar things happen outside the Arctic as well, that is on the lakes in the central area of Russia, in Central Europe and on the shelf of the Gulf of Mexico," the Arctic Research Center reported.