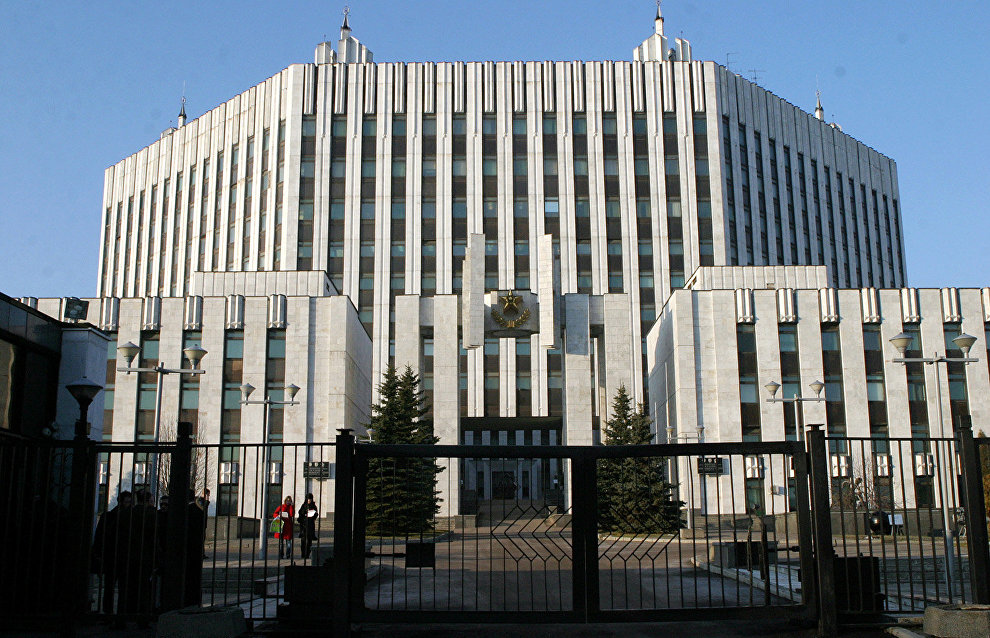 The main topics for discussion were the elimination of the environmental damage to the islands and coastal areas of the Russian Arctic and cleaning up efforts.

"During the round table, participants discussed the main types of maritime, military, economic and other activity in the Russian Arctic that trigger certain environmental issues; the role of the Federal Security Service's coast guard in ensuring protection of Russia's national interests and environmental security in the Arctic; and radiation and environmental risks involved in ensuring the safe operation of the floating nuclear power plants," the statement reads.

The meeting was attended by the military academy's researchers and faculty, as well as representatives of the Federal Assembly, the Federal Security Service, the Emergencies Ministry, the Russian Navy's Chief Command, academies and research organizations of branches of the Russian Armed Forces, the Russian Academy of Sciences and the defense industry.

The meeting participants proposed their recommendations for the currently planned government measures to improve the environment in the Arctic and to clean up the environmental damage.