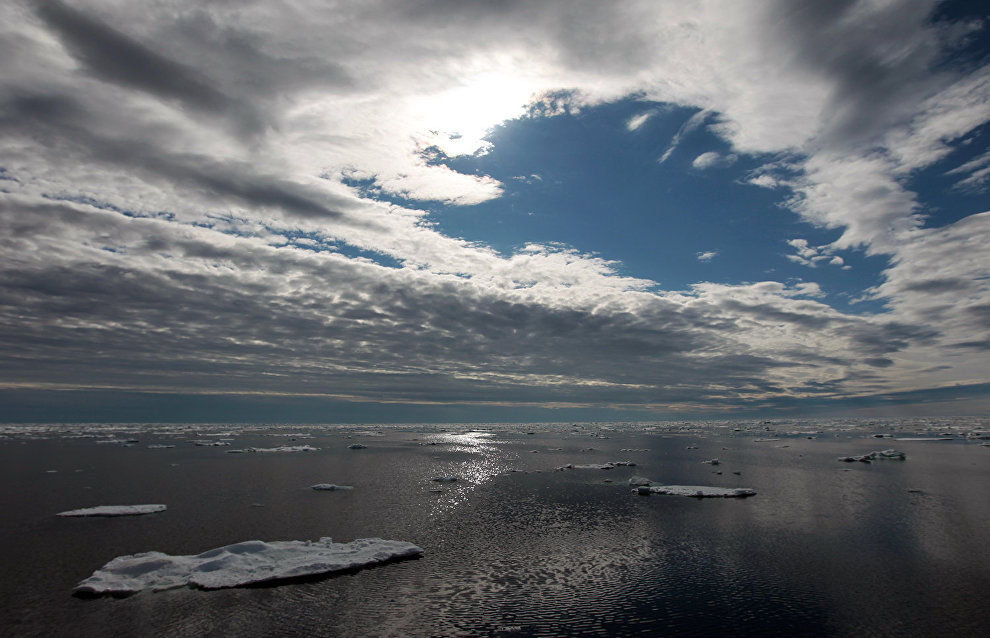 The four-time increase of snow in the south of Western Siberia recorded last year is connected with a long no-ice period in the Kara Sea, the website of the Arctic Research Center reports on Friday.

The employees of the center together with Barnaul scientists of the Water and Environment Problems Institute at the Siberian branch of the Russian Academy of Sciences study the seasonal changes in the Kara Sea as well as changes in ice conditions and how they affect the climate in Western Siberia using satellite data.

"The satellite data show that in 2012-2017 the open water period in the Kara Sea lasted longer. In some areas near Novaya Zemlya and Yamal, the sea did not freeze over for a long time even in winter. The long no-ice period has led to an increase in humidity in the atmosphere and to weather changes in Western Siberia. The scientists partly connect last year's four-time spike in snowfall in the south of Western Siberia, including Altai, with the changes in the Kara Sea," the Arctic Research Center's message reads.

In its turn, the Ob River, which begins in Altai, brings heat to the north with its water, which warms up the tundra and increases humidity and vaporization in the atmosphere. Among other things, this may lead to forest fires on Yamal.

"We can already see a certain connection: the north increases precipitation in the south, and the south gives more heat to the north," the website states, citing Andrei Romanov, D.Sc. in Engineering and deputy director of the Water and Environment Problems Institute at the Siberian branch of the Russian Academy of Sciences.