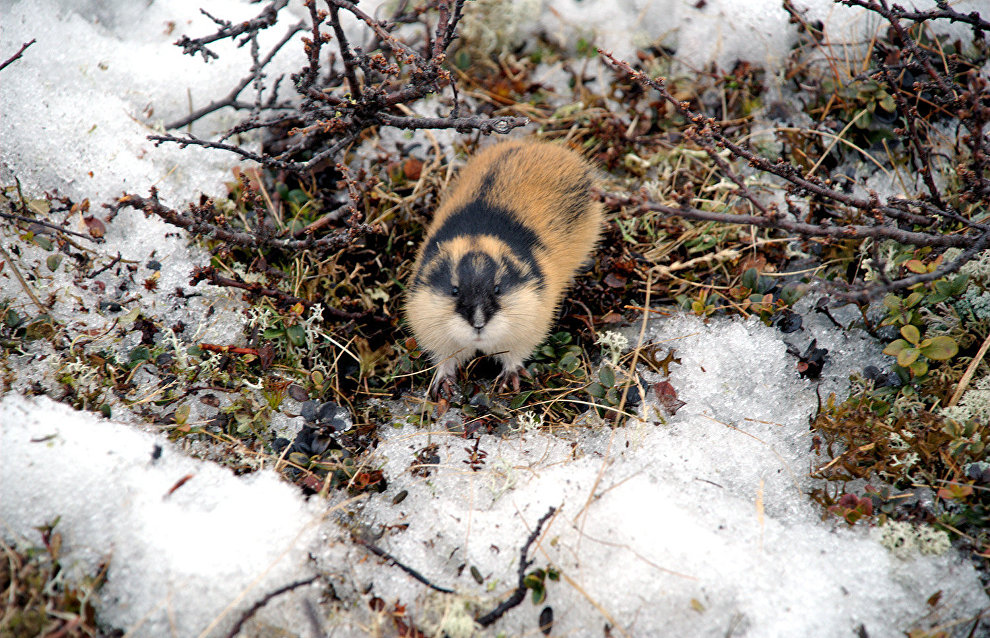 A number of climatic and natural factors have impacted some animal and bird populations in the Yamal-Nenets Autonomous Area's tundra regions, in particular, lemmings, a source of food for local predators, according to the Arctic Research Center.

"The late spring of 2018 and floods have impacted tundra-level food chains and several animal and bird populations. First of all, this concerns lemmings, which are an important element in the food chain and the main source of food for Arctic predators," the center said in a statement.

Biologists note very low rodent populations in the tundra, as compared to previous years, and this affects the reproduction rates of birds of prey. This year, scientists failed to locate even one nest of rough-legged buzzards or Skua seabirds. For their part, Arctic foxes, another tundra predator, reproduced intensively this summer.

The statement quotes the center's leading research associate Alexander Sokolov as saying: "After a long and cold spring, many reindeer carcasses were found near Yerkuta research station, and this boosted Arctic fox reproduction rates. As compared to previous years, we also located an unprecedentedly large number of dens with Arctic fox pups in 2018."

Earlier, scientists fitted a young adult Arctic fox male with a radio collar near Sabetta seaport where a liquefied natural gas (LNG) plant is located. It took them ten days to catch the animal, the center's sources noted. The collar will be removed next year, with its data showing the male's migration routes in search of food supplies, which will diminish in the winter.