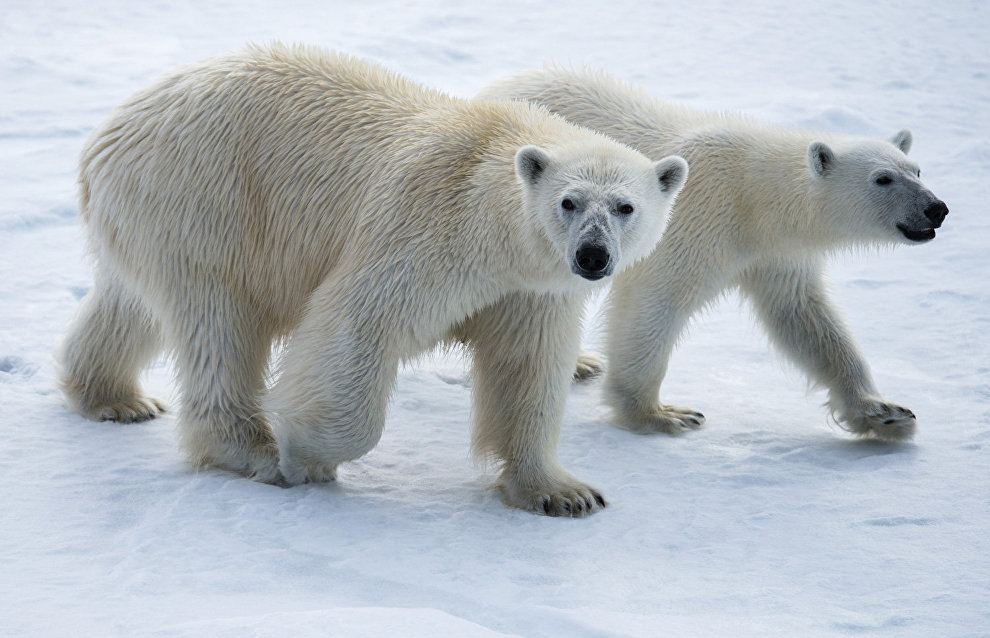 According to the Chukotka information agency, more than 10 polar bears have taken up residence three kilometers outside the village of Ryrkaypiy in the Egvekinot urban district. The animals cannot go to the sea because it still has no ice sheet.

The large group of polar bears was discovered in the vicinity of Ryrkaypiy a little over a month ago. At the end of September, the predators gathered beside Cape Kozhevnikov, which is two kilometers away from the populated area.

"Now they have started walking along the coast. The animals are nervous, they are probably going to leave, but the ice has yet to form in the sea. This is why they are walking around and pop by the village every day. Now there are at least 12 animals in close proximity. Thanks to our ‘bear patrol,' we manage to keep the situation under control: the patrol scares them off, driving vehicles and launching flashbang grenades," Evegenia Malakhova, authorized representative of the head of Ryrkaypiy's administration, told the agency.

The rural authorities, supported by utility services and the military, cleared the coast two times of walrus carcasses washed ashore so that they would not attract the bears. There are plans to do it once again and take them as far from the village as possible before the cold sets in.

Additional lighting is being installed in Ryrkaypiy to avoid undesirable encounters with the bears. Five poles have been erected, the wires have been stretched in the center of the village, and the lamps will be suspended soon after they are delivered from Egvekinot. Malakhova says the road connecting the two parts of the village will get additional illumination that was difficult to install before due to technical problems, which have since been resolved.