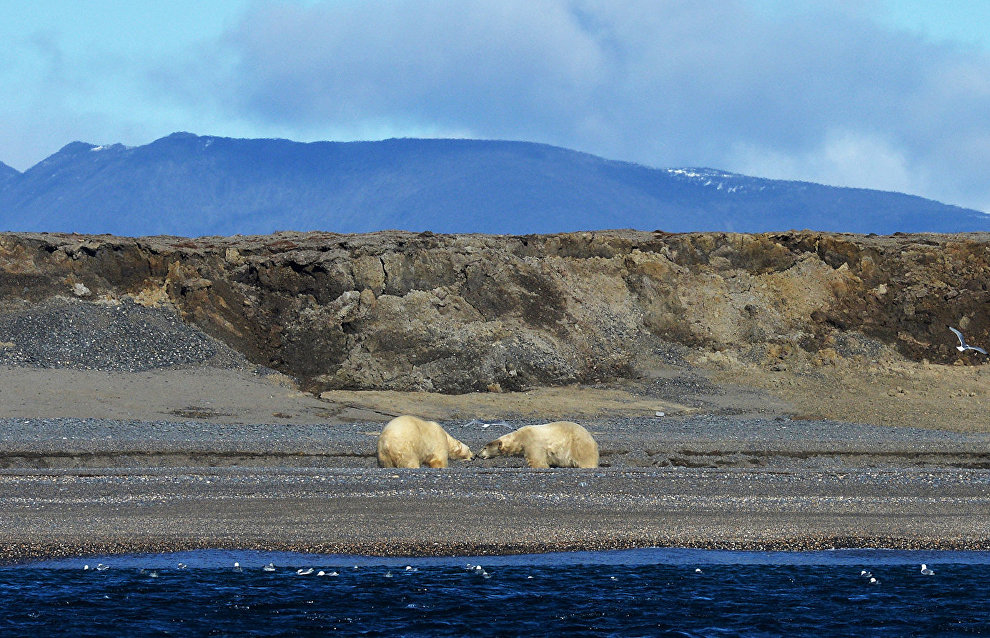 Polar bears have begun hunting on land for reindeer and mice due to a reduction in the area covered by sea ice caused by climate change, said Mikhail Stishov, Arctic Biodiversity Conservation Projects Coordinator for WWF Russia.

"Polar bears are forced to spend more time on shore: slowly adapting, they are already beginning to hunt some ungulates, sneak up to deer, then musk oxen on Wrangel Island, and dig for rodents. Previously unseen and unthinkable things are becoming the norm. They are a highly adaptable species," Stishov pointed out.

At present, these attempts look ridiculous, as the predators have not yet mastered real hunting skills to get reindeer. However, they are already becoming experts when it comes to catching weak or young deer.

As the expert explained, polar bears are accustomed to hunt marine mammals from ice, but in recent years, the sea remains ice-free for longer periods. They are compelled to adapt to the new conditions, but this has not yet affected their numbers.

"As for Chukotka, there is no evidence so far that the number of polar bears has declined dramatically. It seems that they are coping, only changing their lifestyles a little bit," Stishov added.

Earlier, it was also reported that about 20 polar bears with cubs are roaming around the village of Ryrkaypy in Chukotka waiting for the ice to build up and sometimes visiting the village "out of curiosity" forcing the residents there to invent ways to scare them off. According to WWF, this accumulation of bears is caused by climate change — due to the lack of ice, the predators cannot start hunting for seals.