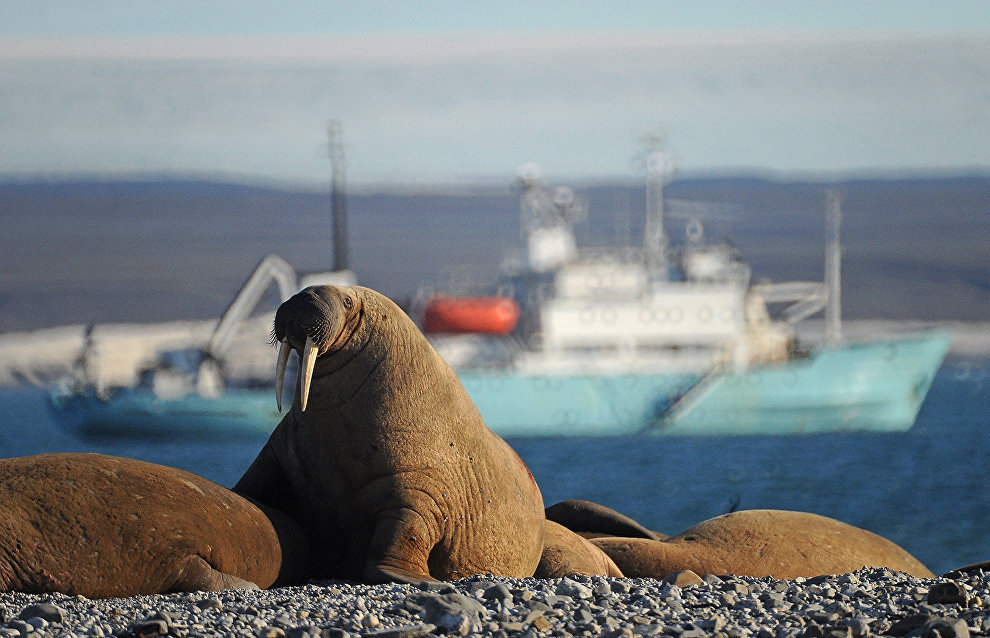 The population of Atlantic walruses in the Pechora Sea is shrinking: in the past, the Vaygach Island breeding grounds had thousands of them, but in 2020 the number wasn't more than several dozen. It was reported by the World Wildlife Fund Russia.

Ecologists started watching walruses in the Pechora Sea, the habitat of the so called southern group, in 2012. Walruses stay on the flat coast in the summer and autumn and relocate to the ice covering the sea for winter. In the spring, female walruses produce offspring there. The maximum number of walruses at the breeding grounds was less than normal and didn't exceed several hundred in 2019.

"This year most walruses failed to come to their usual coasts again and the few that did get to the Vaygach breeding grounds looked to have grown much thinner, tired and had broken tusks. Walruses have been recorded every year on Kolguyev Island, but this year the satellite monitoring data is deplorable: no haulouts (groups) at all," said Margarita Leskova, a Projects Coordinator in the WWF Russia Barents Office.

Ecologists believe this is due to climate change and growing human activity at the Pechora Sea, like oil and gas production on the sea shelf, the operation of oil transport terminals, traffic along the Northern Sea Route and developing Arctic tourism that make the walruses more vulnerable.

To discuss the latest results, WWF and other experts have planned a working meeting of the expert and advisory council on the Atlantic walrus study and preservation in November 2020.