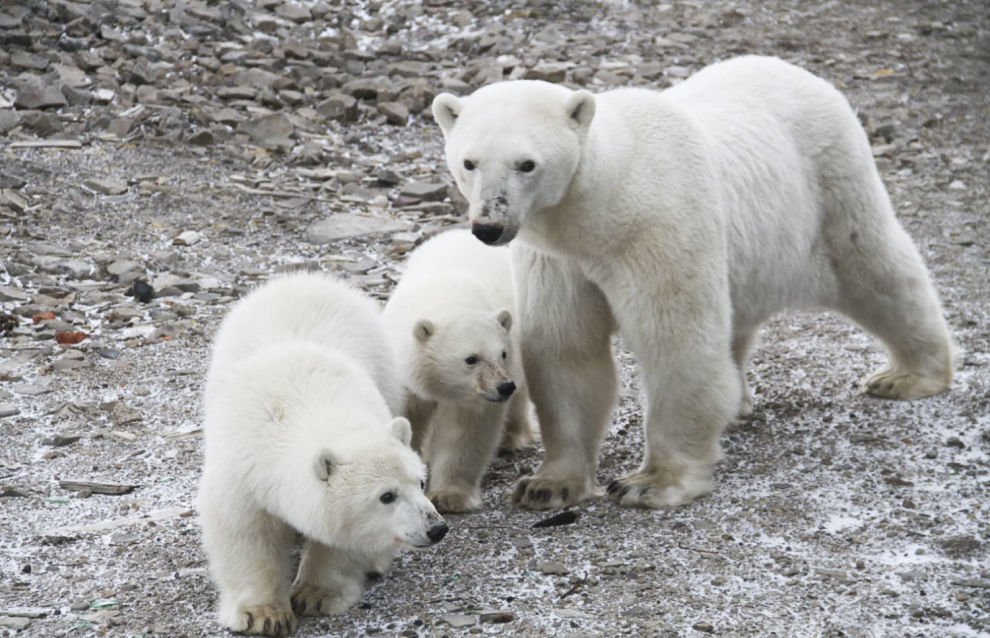 “The story began in early September, when a teenage bear cub started to come to our home. Back then, biologists of Severtsov Institute of Ecology and Evolution worked with us on Novaya Zemlya. The scientists determined the bear’s age and believed he got lost: at this age, bears don’t walk alone,” said Vadim Zakharyin, senior ranger and head of the polar station on Cape Zhelaniya (southern cluster of Russian Arctic National Park).

The rangers saw the cub earlier with a female bear and another cub further south, on Cape Serebryanikov, when they patrolled the area. It was unclear why Umka the cub (this is the name the rangers gave him) left his family. They took care of the cub because adult bears constantly tried to attack him.

“A dead beluga washed ashore near our base, and the cub was eating it. However, adult bears also wanted to partake of it. Once we even had to rush to save the cub and scare away the bears that started to attack him,” Vadim Zakharyin added.

However, the story has a happy ending.

“One day we woke up, looked out the window to check on Umka, and saw a large female bear with another cub near him. We don’t know if it was his mother or just a random bear with her cub, but they stayed together and it was clear they were getting used to each other,” said ranger Oleg Valkov.

Now all three bears live together and even come visiting.

“We are happy that Umka has found a family and we leave him knowing everything will be fine,” Vadim Zakharyin concluded.

The Russian Arctic National Park rangers are completing the field season and are due back on the mainland in the second half of October.