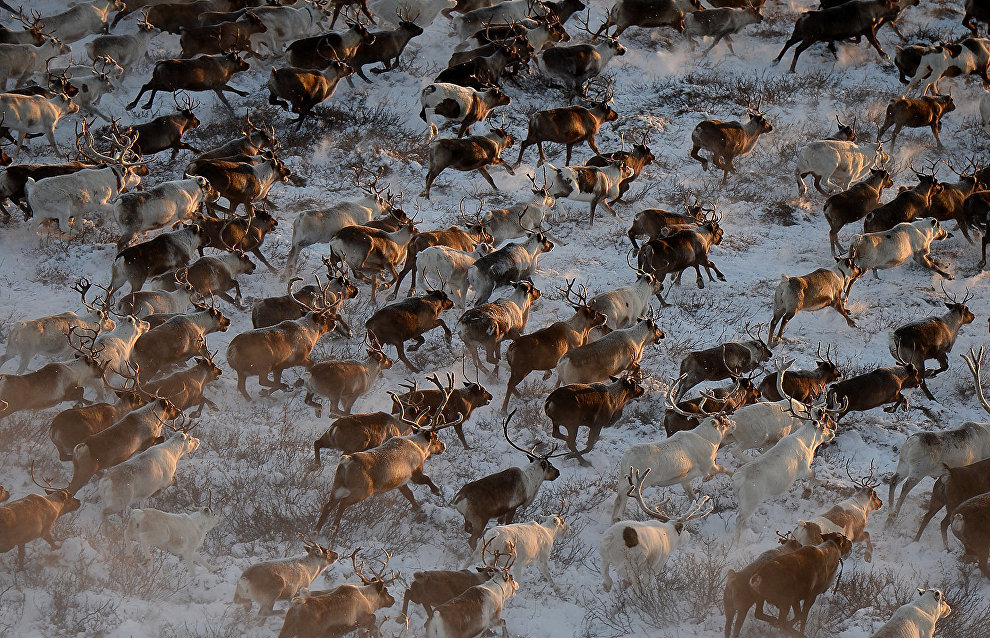 Drones will count the reindeer population in the Yamal-Nenets Autonomous Area.

“Since last year, the Yamalspas rescue service has had drones that monitor the woodlands during the fire danger period and follow developments in the environment. The drones will also help count animal populations. You write a technical assignment for an area and period, when the count is needed, and we will provide the equipment,” the regional government press service reported following Governor Dmitry Artyukhov’s meeting with the region’s scientific community.

So far there is no understanding as to the number of reindeer in question. The local people say there are several thousand reindeer, but small aircraft have spotted only a few dozen.

The Governor has also supported the proposal to create a program to study the flora and fauna on Bely Island, the northernmost point of the Yamal-Nenets Autonomous Area, with its unique nature.

“There is no domestic reindeer herding there, but the island boasts the greatest number of white owls in the world. We have been hoping to return to it but we lack the necessary human resources. Today we decided to express this idea, and we are pleased that it has been supported. A Bely Island research program for the next five years should be drawn up and this will make it possible to pool different scientific disciplines and sources of funding,” Alexander Sokolov, senior research fellow at the Institute of Animal and Plant Ecology’s Arctic research station under the Russian Academy of Sciences.

This year, Yakutia will also acquire the resources for Lena-Olenyok reindeer reproduction.

“To preserve the breeding stock of the Lena-Olenyok subspecies, a new specially protected nature territory – the Alrosa-Rangifer-Chekanovsky Reserve will be established in the Bulun District in 2021,” the Republic’s Ministry of Environment reports.

The future 64,100-hectare reserve will be located within the Chekanovsky Ridge.

“Most of the Lena-Olenyok reindeer breeding stock, or almost 90 percent of the subspecies, which can assure reproduction and stability, is concentrated in this area,” says a ministry spokesperson.

There are also 64 bird species and 260 to 280 types of higher vascular plants.

The project is included in a scientific plan for the location and development of specially protected nature areas in the Republic of Sakha (Yakutia) until 2032 that can be extended until 2050, which has been approved by the government of the republic.

The Lena-Olenyok reindeer population inhabits the tundra in northwestern Yakutia. This is the largest herded reindeer population, with an estimated 84,000 head, which supports the life style of the local indigenous peoples of the north.