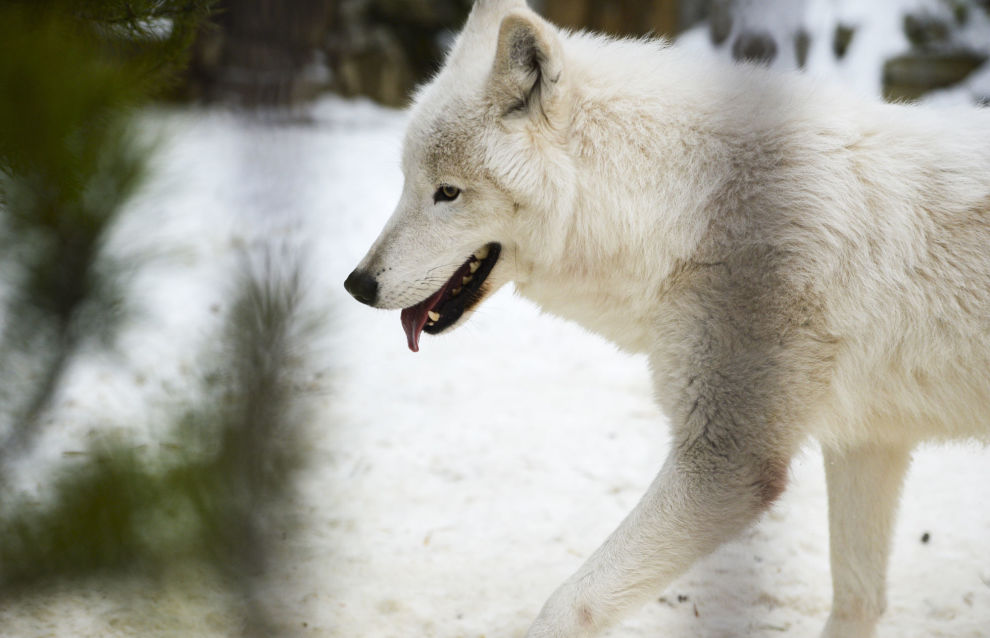 Chinese scientists have cloned an Arctic wolf (Canis lupus arctos) pup for the first time. The pup was born in June 2022, and a second one will be born in the next two or three days, said Mi Jidong, General Manager of biotech company Sino Gene.

“The first gene-edited Arctic wolf was born 100 days ago, we held a news conference to mark that important day, and I believe that Sino Gene and Harbin Polar Land are not the only ones to be credited with this achievement,” Mi Jidong noted. This is our latest attempt at a breakthrough in the field of protecting and breeding endangered wild animal species. As we looked back on many misfortunes and difficulties, we realized that it was appropriate to launch this project in 2020 and to make sure that a healthy wolf pup would be born in June.” he said.

According to Mi Jidong, somatic cells were taken from a skin sample from a female Arctic wolf named Maya who had arrived at Harbin Polar Land in August 2006. A Beagle dog acted as the pup’s surrogate mother.

He also explained that the procedure was safe for dogs and noted that the health of cloned specimens and their life expectancy matched those of wild animals. They can live for over ten years. For example, the she-wolf Maya who died in August 2021 was 17 years old. A year earlier, Maya donated cells for cloning wolf pups.

Company sources noted that cloning technology made it possible to save endangered species or to revive extinct species because frozen cells and cells stored using other technologies can be used to clone various animal species.

Cloned specimens are also able to reproduce and sire offspring, and their vital cycles and functions are the same as those of ordinary animals. Cloning technology does not limit genetic diversity, it increases the genetic diversity of any animal population, a company sources noted.