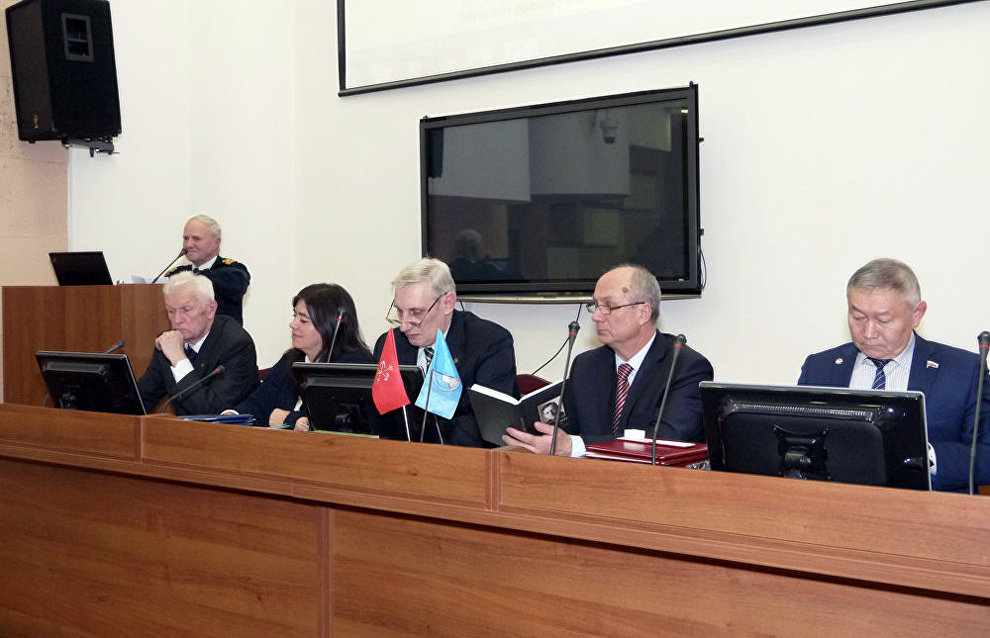 Mitko: It is necessary to streamline our numerous events

On February 12, St. Petersburg hosted a reporting meeting of the St. Petersburg Arctic Academy of Sciences on the results of 2015. "I'm very pleased that everyone is concerned about Arctic security, especially the territorial security of the region. It is also very important to preserve the vulnerable environment of the Arctic shelf," said State Duma Deputy Dmitry Khorolya when opening the meeting.

President of the Arctic Academy of Sciences Valery Mitko spoke about the main events in which the academy took part. In particular, the academy employees held events dedicated to the Great Patriotic War together with the Institute of the Peoples of the North at the Herzen State Pedagogical University, as well as a national meeting of young polar explorers, the second Arctic International Investment Summit, the Communications in the Russian North conference, and many others. The academy was a partner of the second Arctic International Investment Summit together with the Russian Defense Ministry and other organizations. It also took part in events dedicated to the environment, energy, communications and military and patriotic upbringing.

"The situation is getting complicated, and we are thinking about streamlining events, especially conferences, for there are too many of them," Mitko said.

In 2016, the academy plans to conduct studies on the safety, sustainable development and environment of the Arctic. It will take part in the development of textbooks and guidelines, as well as preparations for the new Sea Geomatics research and educational project at a St. Petersburg university. Academy employees will also play a part in projects dedicated to the indigenous and small-numbered peoples of the North and meet with representatives of the Arctic regions.

The Arctic Academy of Sciences was established at the Geopolitics and Security Sector of the Russian Academy of Natural Sciences.